The interesting experience of working in a Scottish pub

Like many young Australians, I was keen to try a working holiday in the UK.  So, after I spent a month in South America and hiked the Inca Trail, I headed to Scotland for a working holiday.  This blog post is about my (very limited) experiences working in a pub in Scotland. 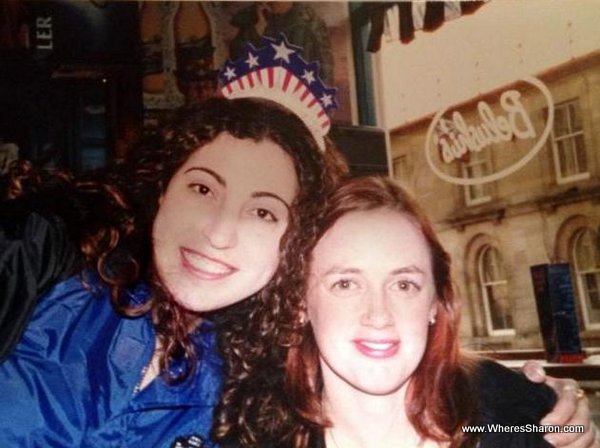 Hanging in Edinburgh with Erica

I chose Scotland, and more specifically, Edinburgh after falling in love with this city on a previous trip.  It was easy to imagine myself hanging out on the Royal Mile and enjoying all the city had to offer.

On arrival, I was very happy to be back in Edinburgh and, if anything, I found it even more charming that my first trip.  I made friends immediately, including my good mate from Texas, Erica, who I have met up with many times since.  However, I had also arrived in Edinburgh newly single and confused.  I had just said goodbye on bad terms to my then boyfriend after travelling with him in South America.  He was heading back home to Australia, while I stayed in the UK.  We had always had a turbulent relationship and, not surprisingly, our month travelling together did not help things.  My mind was really not in the right place as I tried to start my life in the UK, while at the same time I was tempted to rush back to Australia to reconcile with him.

With my new found friends, I spent the week searching for somewhere to live.  It was a depressing search.  Nowhere seemed to want to consider us at all.  I couldn’t really blame them – a young Australian, American and Canadian with no jobs. We wouldn’t have been anyone’s top pick of tenants.  I was too busy with that to search for a job, but I did learn a lot about the job situation and it didn’t excite me.

In Australia, I worked as a computer programmer.  In the UK at that point of time, working holiday visa holders were not permitted to work in a job that was a continuation of their career.  I was basically looking for entry level work with entry level pay.  Doing the sums, I didn’t see how I could afford to live off such a wage.  My limited savings would have to support me.

This made the whole thing seem pointless. I wanted to live in the UK to try and see more of Europe.  This wasn’t going to happen if all my money went on living costs.  I started looking into other options.

The TNT magazine I came across had lots of jobs listed in pubs. I saw one listed for a town on the Mull of Kintyre  which is in Scotland, not all that far from Edinburgh.  I am a big Beatles’ fan, so it seemed like a sign!  With Paul McCartney singing Mull of Kintyre in my head, I rung the pub. 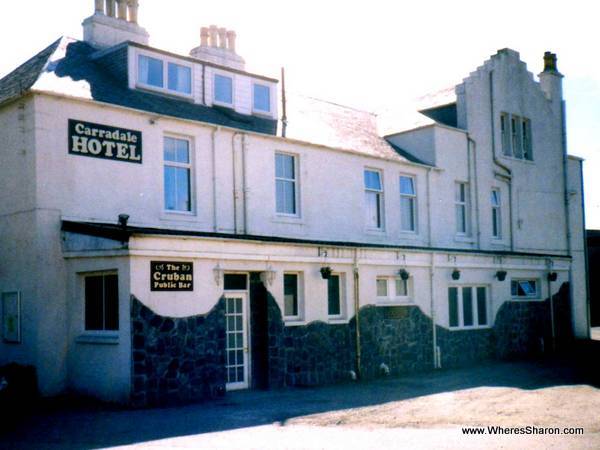 Where I lived and worked

We talked for a few minutes, and I had the job!  That easy!  I would catch the bus to meet the owners the next morning, along with an Australian couple that would also be starting with me.  It was as much as I would earn in Edinburgh, and I would also get accommodation and meals, so it was a good deal.  They had no problems with me only working 6 weeks before I headed off to Greece, Turkey and Oktoberfest too.

I was sad to say goodbye to my new found friends but excited to have a new opportunity in front of me.  Soon enough, I was arriving in Campbeltown and meeting my new boss and the other new recruits!  He drove us to the pub/hotel.  I was very happy when I saw my room – massive and quiet – in the loft of the hotel.  We learned how things would work – I was waitressing breakfasts and dinners in their hotel dining room five days a week. 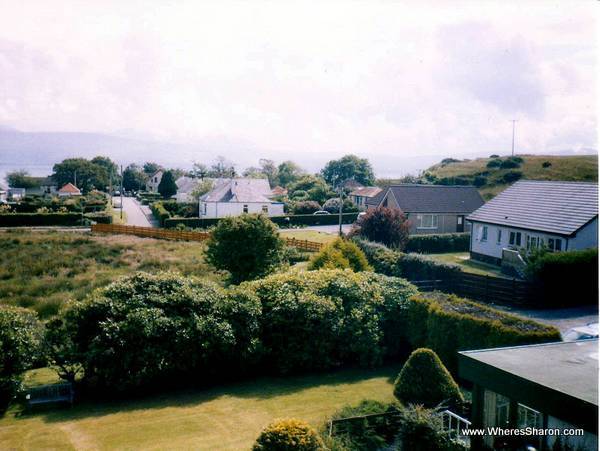 View from my bedroom window

We then headed to the bar and I enjoyed getting to know the other Australians, as well as some of the locals.  One of them told me that Paul McCartney had a farm down the road and that he would take me to the beach where they filmed Mull of Kintryre!  I felt like I was in the right place! 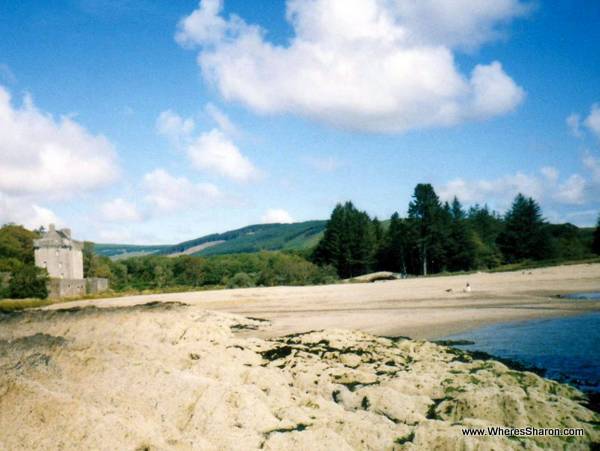 Place where Mull of Kintyre was filmed

Considering I obtained this job over the phone, I think I was very lucky.  It was an easy job in an easy going environment with nice people.  I had heard that you would be over worked at jobs like this, but that was far from the truth! My job involved serving the people who were staying in the hotel.  This was generally couples, and not many of them.  They were happy and once they heard me talk, they were more interested in hearing about where I was from, than how great I served them.  It was interesting working in a kitchen and seeing all the shortcuts they took, and even better being able to eat what I wanted.  I fell in love with haggis on bacon over this time!  It was also very good money, especially as there was nothing to spend it on and I was able to save basically the whole lot.

They even had a great cleaning lady called Sadie!  That probably doesn’t mean much to non Australians, but Sadie, the cleaning lady is a famous song in Australia.  When she said her name, I thought she was joking and started laughing.  That did not go over so well and that’s when I learned that song is only known within Australia!

I worked about 6am-10am and 6pm – 10pm 5 days a week (usually, if no one was at the hotel, I would get a shift off), so I had every day free and two days completely off.  There was two problems with this though.  Firstly, it was too much free time.  I visited Campbeltown occasionally.  I hiked a bit, and did some writing on a favourite rock by the water, but I soon was bored of this.  The others usually worked lunch times and had different days off and they were a couple, so I felt  isolated.  There were barely any young women in town, and the men were mostly fisherman and only in town on weekends.  There were a couple of fun Saturday nights after I finished work, but otherwise I was very bored.  If only they had had facebook back then!  or wifi! 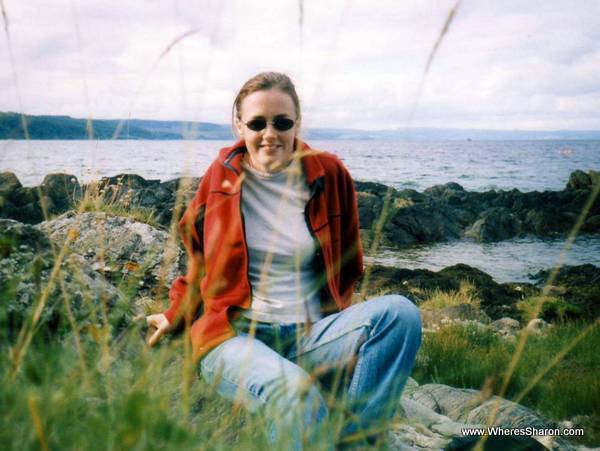 Selfie at my writing spot

The other problem was that my hours were very tiring.  I found it difficult to get to sleep when I finished at 10pm, as I would be quite buzzed and it was nice to hang out at the bar for a little bit with the others, as I rarely got to see them during the day, then I’d have to be up and ready by 6am to work breakfast.

I wished that the other Australians weren’t a couple.  We constantly heard stories from the other (older) staff about the last two girls they had working there and what fun they got up to, and I was jealous.  I think I would have had quite a different experience if I had worked there with someone else.  The couple were lovely and they did include me, but it was still awkward.  They also had an apartment to themselves (which I would have lived in otherwise), and I didn’t have proper access to a bathroom which grated on me over time.

I was lonely.  I had just broken up with my boyfriend, so that did not help the situation and my working hours and all that alone time gave me too much time to think about it.

All this led to me quitting after 5 days!  That sounds like I didn’t give it a chance at all, and I guess that is true.  They were long days though, and I was miserable.  I gave notice and ended up working 2 weeks all up. The owners were just happy that I gave notice! They said they had had people leave in the middle of the night and not tell them they were leaving (I’m actually not sure how they would have even done this given the location!).  I am obviously not the first person who found this life wasn’t for them.

It wasn’t so bad once I knew I was finishing, but the time did go very slowly, especially when I received some bad news from home – my then 8 year old brother was hit by two cars.  Nothing like something bad happening at home and not knowing what’s happening to feel very far away.  By some miracle, he ended up okay, but I didn’t know that for 24 hours.

My last night was awesome.  I didn’t work and we had drinks and dinner in the pub part of the hotel.  One of the girls that had worked at the pub before us had come back for a visit.  I thought I would hate her as I was so sick of hearing how awesome she was from the staff, but it turned out that she was awesome!  We actually went back to Glasgow together the next day, hung out there and then partied through the Greek Islands (which I am sure will be a Flashback Friday blog post at some point!).  We are still in contact today (Hi Bronnie!!), so something very good did come out of my time on the Mull of Kintyre, other than just the experience.

Trying to pour a beer (very badly) on my last night

So what do I think about working in a pub in the UK?

I think with the right opportunity, it could be lots of fun!  If Bronnie and I had been there together, I’m sure we would have had a ball, and I would never have finished up so early.  My main tip would be not to go somewhere so small unless you love lots of alone time.  I remember a few years later, I was back in Scotland doing a tour, and one of the guys was dropped off at a town where he was about to start working.  It looked like a lively, fun town, and I did wonder how things would have gone if I had worked there instead.

I think it’s an excellent and easy way to earn money.  The work itself, in my job anyway, was easy.  The hours did get to me, and I think I would have been better off if they had been longer! (boredom is always my enemy!)  At any rate, I wouldn’t want a job that starts early and finishes late again.  I think the main advice I could give, is to decide beforehand what you want to get out of your pub experience – What type of town you want to live in? What hours do you want to work?  Do you want to work with other foreigners?  And find your job according to those answers.  I would have been better off looking for the job that was the right fit for me, rather than whatever job I could get first.

Later on on this trip, I actually visited Liverpool for International Beatles’ Week!

Have you had a working holiday?  Would you like to work in a Scottish pub?