The drama of a scenic flight to Mt Everest

I couldn’t go all the way to Nepal without visiting the top of the world – Mt Everest, that is. 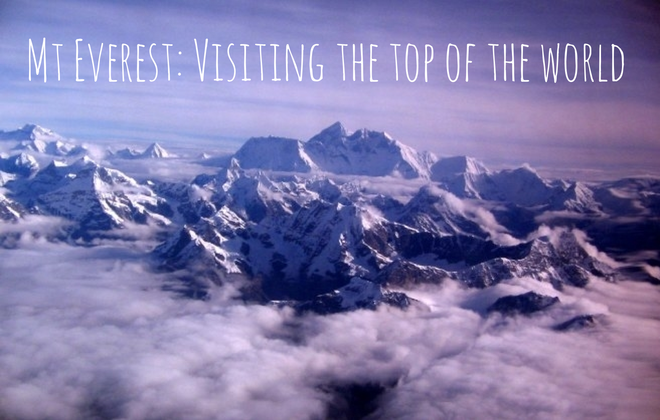 There are many ways to visit Mt Everest.  You can hike to the base camp, be one of the amazing people who take on the mountain itself or take the quick and easy option – a scenic flight.

I was only in Nepal for a week so I took the scenic flight option.  It was one of the most expensive items on my one year round the world trip at $62, but it did include a money back guarantee that I would see Mt Everest.  They also only sell window seats to ensure everyone gets a good view.  I was sold.  Unfortunately, it was not as quick or easy as I had hoped.  My quest to see Mt Everest became a four day event!

On my first attempt, I was up at 5:30am to meet our hotel pickup and head for the airport. The scenic flight to Mt Everest leaves Kathmandu airport to do a looping flight past the famous mountain.

I arrived at the airport, checked in and, after a short wait, we took off in the plane. 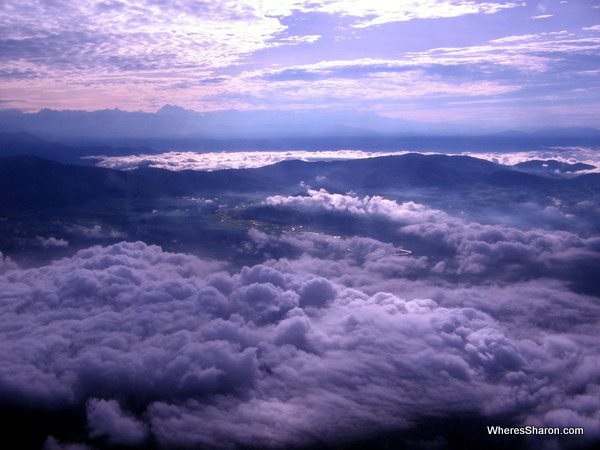 Views from the aborted scenic flight to Mt Everest

It all seemed to be going smoothly. A couple of minutes into the flight, the stewardess pointed out the first of the major mountains in the range to us. Unfortunately, we then did a rather sharp about face and started headed back toward the airport. There was a bit of scurrying about and then the stewardess announced that due to ‘technical difficulties’ the plane would be returning to Kathmandu airport. It’s really not the sort of thing you want to hear at 30,000 feet, especially in a small locally operated air craft.

Several minutes later, we were back on the ground and we found out that the technical difficulties were that Mount Everest was obscured by bad weather. At least that’s what we were told. We were given the option of getting a refund or rescheduling for tomorrow morning.  I had come this far, so I decided to try again the next day.

6:30am the next morning I was back at Kathmandu airport for another attempt at Everest.

Sadly this time I didn’t even get on board the plane. I am flying with ‘Yeti Airlines’ which seems appropriate as the promised views are fast becoming more myth than reality. I booked again for the next morning in the hopes that the weather would improve.

This was to be my third and final attempt at viewing Mt Everest. 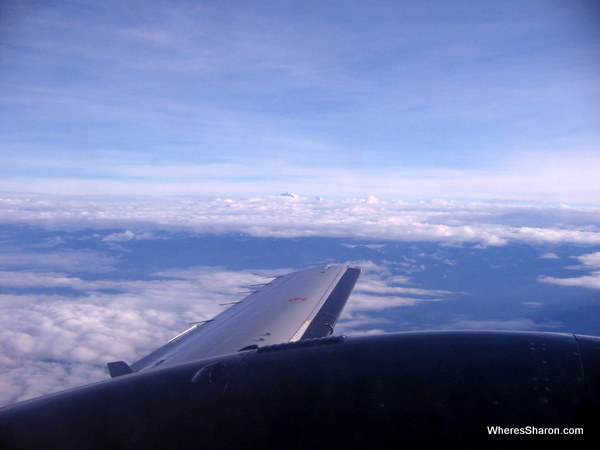 Views on my scenic flight to Mt Everest

Again, we got up in the plane and saw a couple of mountains. The word then came through that Mt Everest was covered with cloud, but we could see the other mountains. They went through the plane asking what people wanted to do.  I was worried at this point as I didn’t want to pay $62 not to see Mt Everest, so I wanted to go back. Luckily others must have agreed with me. Another failed attempt!

After spending so much time on effort on trying to see Everest, I just couldn’t give up. So I decided to give it one more go…  It would have to be the last attempt too, as it was to be my last day in Kathmandu.

It was a 6am start for my fourth and definitely final attempt at seeing Mt Everest. I was sick and I hadn’t slept well.  I really didn’t want to go, especially as I didn’t imagine I would actually see anything.  However since I had already spent the money, there was really no choice but to get up.

It was the same as the previous three mornings, I had the process down pat. I even boarded the plane again…

and then took off.

We flew further than the other days.

I saw some mountains but a lot of clouds.

Then I was told to go to the cock pit to check out Mt Everest! I was going to see it!  I was in shock.

I was in the back row and the first one to go up. The pilots were very friendly and pointed out which one of the peaks pointing out of the clouds up ahead was Mt Everest. It was actually a bit disappointing. A little point out in the distance and a lot of clouds. 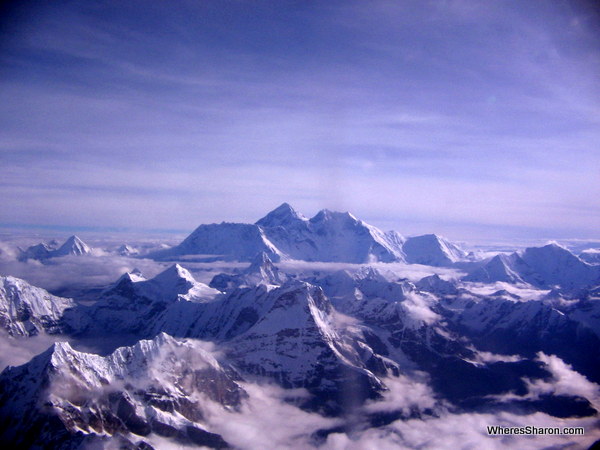 We kept flying towards Everest and, as we got closer, the clouds parted.  There were some fabulous views of Everest as well as the surrounding mountains. The first views were ruined a bit for me, as it was on the other side of the plane (there is one person sitting on each side by the windows) and a very rude Spanish group all stood in the aisle. All I could see was one of their fat bums. I had some views on the way back but that was a lot faster.

Still, it was a beautiful site.

A Mt Everest scenic flight is a definite must do for anyone going to Nepal who won’t see Mt Everest any other way.  I can still picture it in my mind and remember what it felt the moment I saw it.  Bliss!

The experience was ruined a bit by the four attempts. When we were actually successful, it was hard to believe it was real or enjoy the flight as I kept expecting the flight to be turned around. It was definitely worth doing though.  It is very cool to be able to close my eyes and picture Mt Everest from my own memory.

If you would prefer to hike rather than fly during your visit to Nepal, check out this great article about hiking the Annapurna Circuit.

Would you like to visit the top of the world?