The hunt for a Santo Domingo Lavanderia! 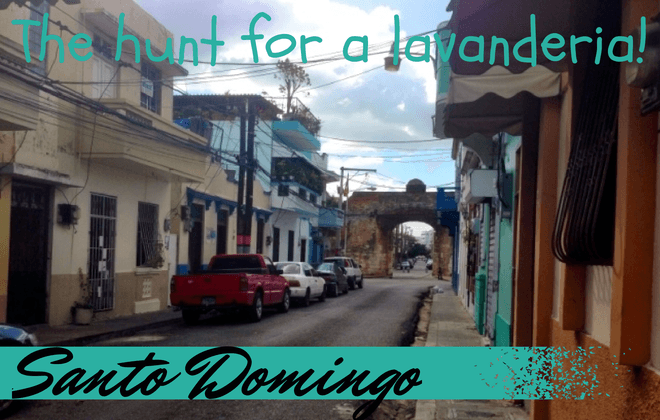 A totally unglamorous part of family travel is the constant hunt for laundromats, lavanderias or places to do our laundry.

As a solo or couple traveller, I would seek out places to do my laundry regularly.  However, there was not the pressure that there is now.  With a one and a three year old, we have A LOT of washing. S is not too bad, but Z can’t eat anything without a fair bit covering him.  We travel with bibs, but they only do so much.  Plus, they are kids.  They play and get dirty.  They also do gross things like toilet accidents and the occasional vomit.

The amount of washing just makes it too hard for me to hand wash in bathroom sinks, especially when we are travelling fast.  There often isn’t enough room to hang things and I just don’t have the time.  I don’t want to make the time either. It is something you may not think about before leaving home, but the costs can add up, especially if you don’t put any effort into seeking our cheap options.

For example, today the only place we found near where we are staying to do laundry quoted US$40 to wash two supermarket bags full of washing.  FORTY DOLLARS for less than a load.  We are probably lucky the price was that cheap considering they charge by the piece.  Back in Australia, I’m sure that number would have been well over a $100.  Still, it is way above our budget.

In the US, it was easy.  Budget motels usually had coin operated washing machines and dryers.  It usually cost us about $5 and we could easily do it in the evening when the kids had gone to sleep.  In the Dominican Republic, it is not so easy.  Still, even at these prices it can add up when you have to do it regularly, and it is something worth considering in your budget.

We wasted a whole morning this morning trying to get our washing done.

Finding a lavanderia in Santo Domingo

We thought we had found a place the evening before.  We asked the security guard at our apartment complex.  He didn’t know but another resident was nearby and pointed out a hotel a block away and we thought she said they charged by the load (the conversation was in Spanish). J went there first thing in the morning, but it turned out they charged by the piece, and that’s the $40 we were quoted.

Our guidebook had one place listed, between us the heart of the colonial zone which is where we were headed.  We didn’t trust it would be there though, so we did some googling.  Initially, we couldn’t find anything, but once we got the search terms right, we had some addresses.  Two were about twenty minutes walk from our apartment, so off J went.  He was soon back with the washing though.  They were only dry cleaning places.  Our google had warned us laundromats were thin on the ground and mostly there was only dry cleaning.  This seemed to be true.

We finally headed off for our morning activity which was to go to a children’s museum in the zona colonial.  We hoped we would find either the laundry in the guide book or another one I had found online.

What happened next was about an hour of wandering round in the hot sun with a heavy toddler strapped on, a whole heap of washing and pushing round a ridiculously big three year old in a crappy stroller on streets which weren’t made for strollers.  It was hard to find the places we had addresses for as there were no street signs!

Eventually, we found a place that looked like a laundry but it was shut.  J banged on the door until someone opened it.  He said he was just dry cleaning but described to J where a laundromat was and finally we had success! It was not a bad price at 120 pesos for washing and the same for drying (about $6 in total) and it would be ready two hours later.  Yay! 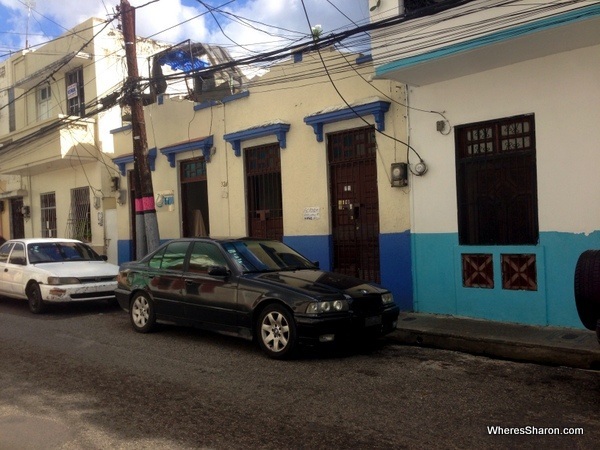 The lavanderia that saved us!

After all this it was lunch time.  So much for getting to the children’s museum first thing.  After we ate, we finally made it there, only to find it was shut!  Sigh. The trials and tribulations of family travel.

Anyway, getting laundry done can be a painful experience.  It is lucky we are here in Santo Domingo for five days, or we would have really hated wasting half a day like this.  Instead, it was a bit of an adventure and we got to see more parts of the city.  It was disappointing to miss out on the children’s museum though.

If you find yourself in Sant Domingo in need of a laundry/lavanderia, save yourself some trouble and head to Lavanderia Tin, Arzobispo Portes #324!

Read out list of things to do in Santo Domingo. 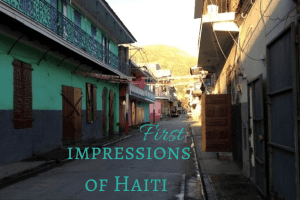 To put it mildly, Haiti and the Dominican Republic are very different places. The differences started right at the border....
Copyright 2013 Jupiter Premium Magazine Theme
Back to top