Things to Do in Sosua and Heavenly Sosua Beach

Sosua is another Northern coast beach town here in the Domincan Republic, about 20 minutes from where we are based in Cabarete.  It is home to the heavenly Sosua Beach. 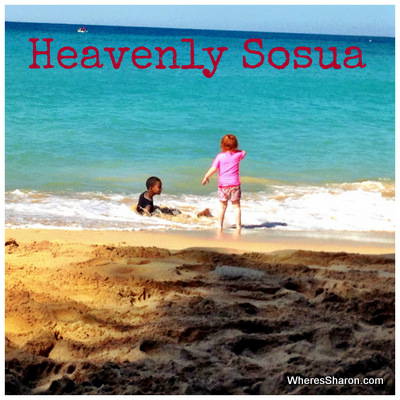 It is one of many towns that I considered when deciding where our main base would be in the DR.  Sosua lost out primarily because of my guide book.  It described a place with a full on sex industry and full of hustlers.  This was not what we found, and I am a bit annoyed at said guide book now.  There was no evidence of the sex industry, at least in the day time, and if the person writing it thought there were a lot of annoying people selling stuff, they should travel some more!! I love Sosua Beach, and we visited here a few times.

Things to do in Sosua 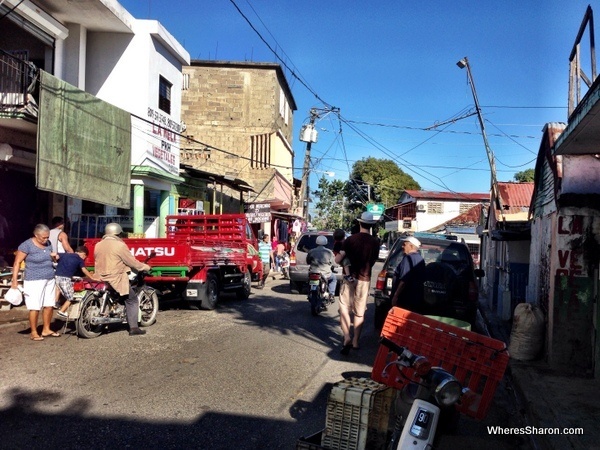 The first time we went to Sosua, we were confused and accidentally went the wrong way when we were trying to find the beach.  We ended up spending half an hour walking around the non touristy part of Sosua.

This was mostly frustrating at the time as we didn’t know where we were and wanted to get to the beach already.  However, it was also interesting and nice to see a different side of Dominican life.  It was reasonably charming, but semi run down.  There were lots of little shops and people outside socialising.  It is worth a wander if you are in this area. 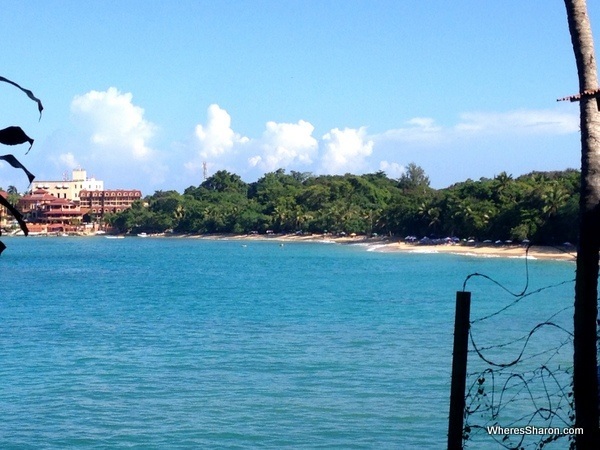 Our first look at Sosua Beach

Sosua Beach is just gorgeous.  Lovely crystal blue water lapping against the beautiful sand.  It really is exactly how you might imagine a Caribbean paradise.  We loved making sand castles and splashing in the ocean.

There are lots of lounge chairs and umbrellas you can hire.  Part of why we loved this beach was the massive trees on the shoreline, so there was lots of shade.  It is heavenly. 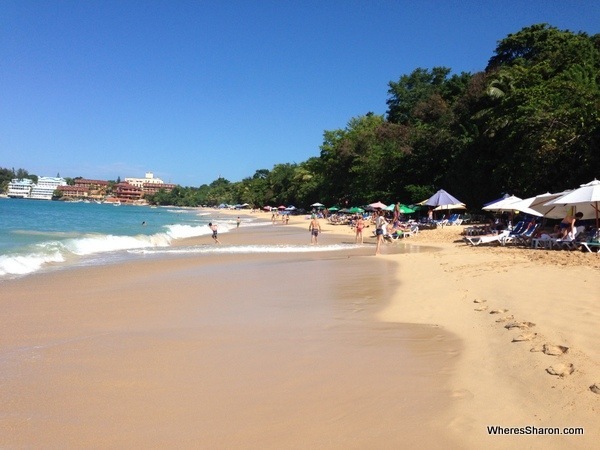 Another reason I enjoyed Sosua Beach, was the shady beach path lining the beach.  It reminded me of the one on Boracay, the Philippines, but it is nowhere near developed.  It was lined with shack like shops, restaurants and bars.  So much tempting food and cocktails.  Tables were set up on the edge of the beach, and there was a lot to love about this area. 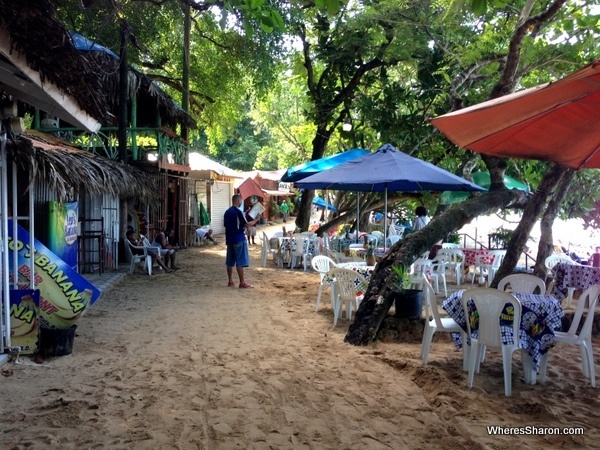 The path along Sosua Beach

We had lunch and, while we waited for the food, it was easy to keep the kids entertained.  Just perfect for a family!  S made a new friend who was the son of the chef.

Despite being one of the main tourist destinations in this part of the Dominican Republic, there were not that many people around.  It was not that developed.  There was the occasional person asking us if we wanted a massage, or lunch, etc, but it was nowhere near as bad as the guide book made it sound.  A no was usually enough to get rid of them immediately.

There are also well maintained toilet and shower blocks scattered along the beach path.  I was impressed!

All in all, we really loved this area.

Getting to Sosua Beach

There are constant guaguas (the name for the vans which are the local transportation here) along the main coastal road between Puerto Plata – Sosua – Cabarete – Rio San Juan.  You just flag one down when it comes along and squish in!  They pack a lot of people in them so they aren’t that comfortable, but they are very cheap at only 25 pesos between Sosua and Cabarete.  Free for kids on laps.  You can also catch taxis or hop on the back of a motor bike. You can also read about how to get here from Santo Domingo.

Follow signs to get to the beach or ask people! It is very close to the main road, and it only takes a few minutes to walk to it if you get off at the right stop.