Our last day in Santo Domingo was fabulous thanks to Acuario Nacional (National Aquarium) and Agua Splash Caribe (water park). 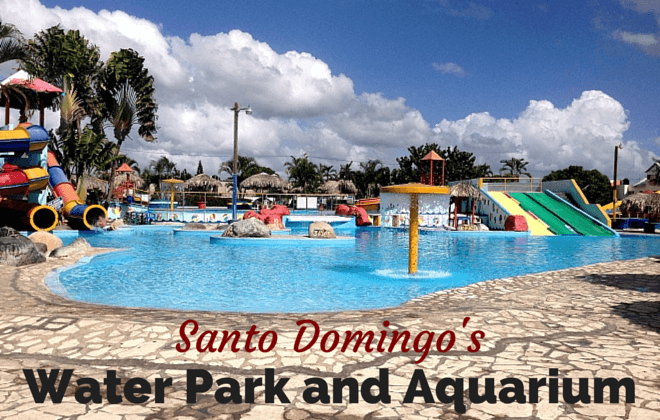 I had been looking forward to these attractions and was disappointed when we had to abort our plans to go to them the previous day due to S waking up as the devil! Not that she was really to blame, Z kept us all awake in the early hours of the morning and we all started the day super tired and grumpy. However, nothing was going to stop us today.

These attractions are located across the road from each other about 15 minutes from the colonial zone.  We caught a cab as we had no idea how to get there otherwise.  This was easy and we were soon at the aquarium. 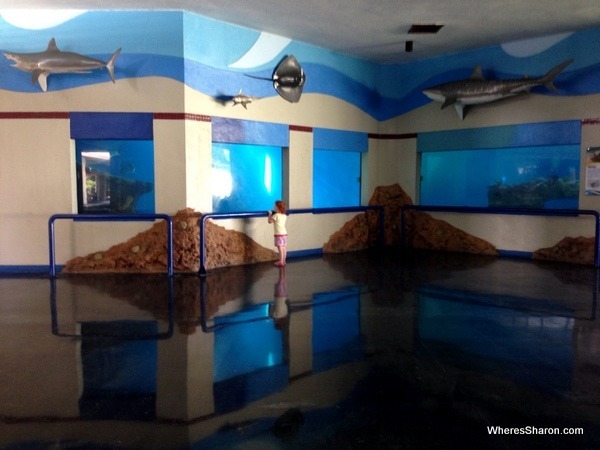 There were many displays inside the National Aquarium

I had low expectations of this aquarium mainly because it was cheap.  I was surprised to find that it is awesome!  And perfect for little kids. However, it was not like other aquariums I have been to primarily because it was partly outdoors. 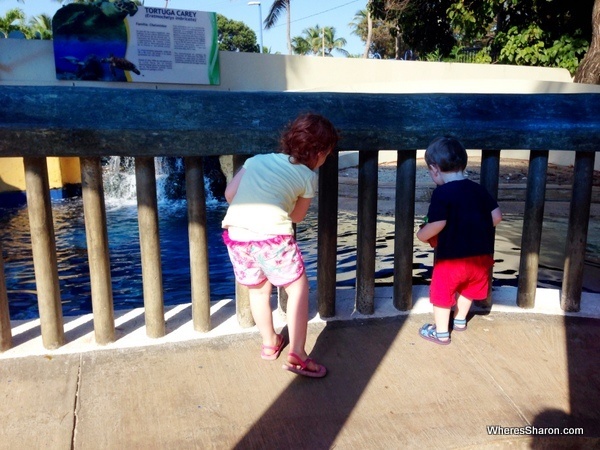 The kids loved the outdoor pools

The aquarium buildings were open air and semi outdoor, which was beautiful in this weather. There were also pools with marine life outside too. We particularly like the outdoor pools which seemed much more natural than the indoor variety. I was surprised to find that they even had a walk through tunnel. It is not as fancy as others I have been to but the simplicity added to it. It was incredibly good value at only $6 for the three of us (Z free).

The setting was also stunning. Acuario Nacional is located on top of cliffs by the Caribbean with the city of Santo Domingo in the background. Just stunning! 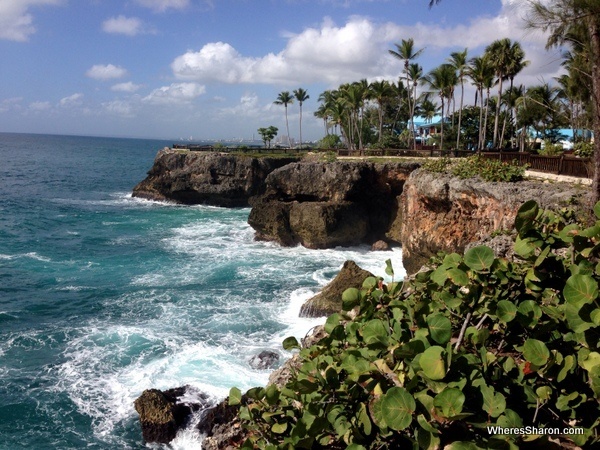 A picturesque setting for Acuario Nacional

If the aquarium itself was not enough, we were shocked when we found the playground. It is awesome! There were lots of great areas for different ages and it is probably the best playground I have ever visited for a one year old. For once I could just let Z play without hovering.  Even better was that we had it to ourselves. It was a Sunday but there were not many people there first thing. As we left, a lot more were arriving. 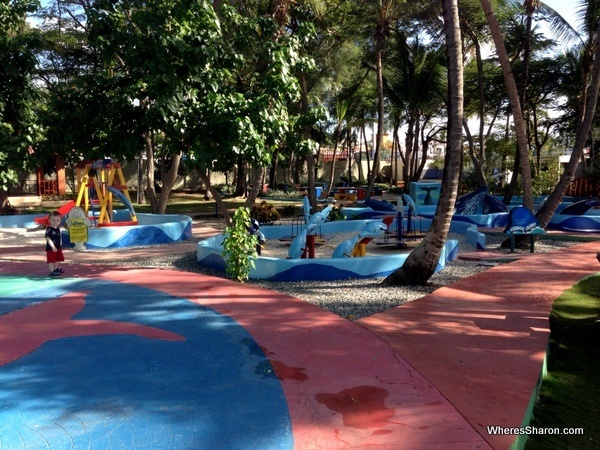 Part of the playground

If only all aquariums had picturesque playgrounds by the Caribbean.  I have a new favourite aquarium!

Practical Information
The aquarium cost us 275 pesos for 2 adults and a child. Z was free.

We then crossed the road and went to the water park. 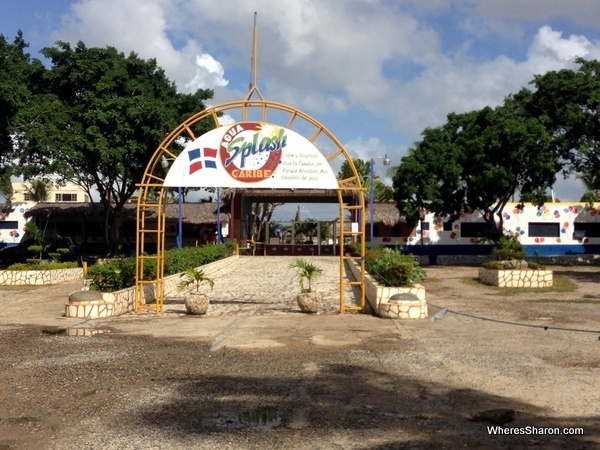 The entry to Agua Splash Caribe

After the lovely time at the Santo Domingo Aquarium, we were disappointed by Agua Splash Caribe. It was a nice enough place to hang out but there were not many slides, they wouldn’t let S on them, and the pools were mostly too dirty to use. The worst part was that it was overpriced. US$22 for 2 adults and a child to use a couple of small slides and a pool is a lot. 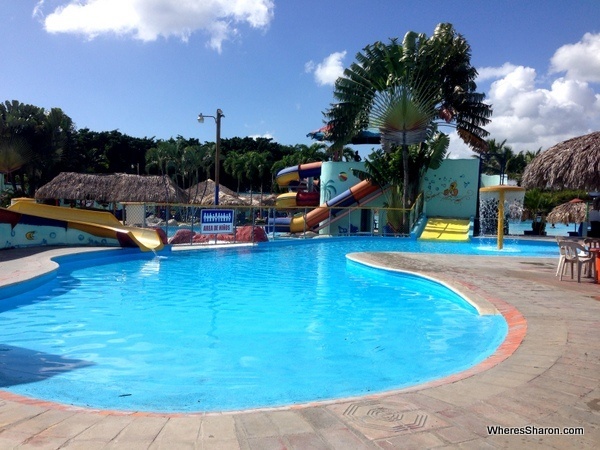 One of the pools

There is a good little kid area, but it is quite simple and one of those pools were too dirty and one of the small slides didn’t have enough water running on it to actually slide! We were also annoyed how S wasnt allowed on the bigger slide with me. I still don’t understand why, and I think it’s ripped off to have to pay nearly as much for her as an adult when she can barely use anything.  J just took Z on one and they whistled at him and shook their head but nothing else.

It was still fun, the kids did love it, but I would have liked restrictions made clear, prices less and the pools cleaned. On the upside, there were not many people around.

Practical Information
It cost us 950 pesos for 2 adults and a child.  We went on a Sunday which is more expensive – it would have been only 600 pesos the day before.  100 pesos for a locker. They check your bag for food and drinks on entering as you aren’t allowed to take them in although they let us keep our water. There are places to eat.  Not the best food or prices.

We caught taxis for 250 pesos each way. It wouldn’t surprise me if it’s possible to get them cheaper than this.  We stood on the road outside of the water park and we didn’t have to wait too long until we could flag one down.

You can also read about more things to do in Santo Domingo.