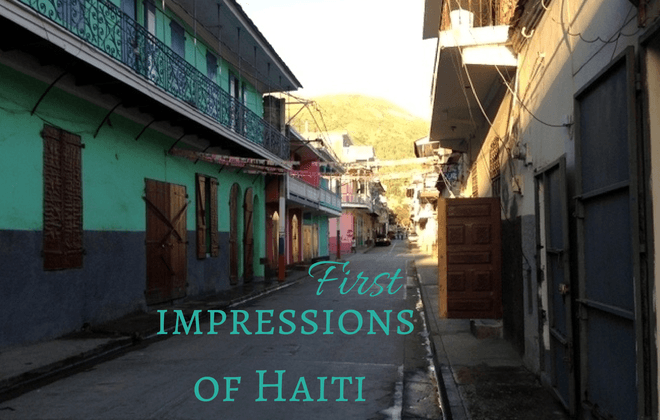 To put it mildly, Haiti and the Dominican Republic are very different places. The differences started right at the border. For starters, there was a lot more rubbish about. At first I thought I was exaggerating it, but it was hard to ignore all the stuff just lying about. And the next thing I noticed is that it is a lot dustier in Haiti.

There’s a reason for this. When it achieved independence, successive leaders promoted intensive agriculture and land clearance for the land to be available. As a result, less than 2% of Haiti’s original jungle and forest survive, compared to 28% on the Dominican side. Coupled with having twice the population density (The Dominican Republic has a similar population but is twice the area) and Haiti’s land is overburdened or over-farmed; Haiti imports a lot of food to make up its own shortfall. Hence the dust, there’s not enough vegetation to keep soil from blowing away.

Another thing that jumped out was the sizable presence of the UN. Several UN agencies have some serious projects here, including the World Food Program, but the largest presence that I saw again and again was from MINUSTAH, the UN Stabilisation Force for Haiti, armed soldiers (mainly from Latin American countries) aimed at keeping the country civilly and politically stable. It has been present since 2004, and its role seems to have increased since the 2010 earthquake. I saw white trucks and APCs with blue helmeted soldiers frequently.

On the way to Cap-Haitien I saw some aid projects in action. Clusters of brightly coloured houses built in open fields for, I assume, use by people whose houses were taken by the earthquake. They seemed to have power and water, but were out in the open, baking, sun and few looked ever used. By comparison, the houses I saw occupied were simple, almost ramshackle with open drains and built amongst the trees and shrubs.

Haiti is the poorest country in the Western Hemisphere, which was highlighted by just how many small village hand pumps were in use. It was a sight I’d seen rarely elsewhere but was common in Haiti everywhere outside of the the centre of Cap-Haitien.

The biggest difference, I think, was the people themselves. People in the Dominican Republic have a whole range of skin colours. From white to black and many tones in between. There is a real feeling of racial diversity; lots of people from different backgrounds, like in Brazil. However in Haiti people are black; very black. The predominant skin tone is a beautifully dark ebony. With 99% being ethnically Afro-Caribbean there hasn’t been the influences of immigration like the Dominican Republic have had. Most whites and many mixed race left or were killed in the struggle for independence, and I guess no one really came after that.

I dozed most of the way from the border and when I awoke I wasn’t sure if we’d reached Cap-Haitien or not. It seemed like a bigger city, with taller buildings and streets. But there were piles of burning rubbish blocking some narrow streets, and a lot of dogs. But it was Cap-Haitien and I was soon off the bus amongst it all.  You can read my list of things to do in Cap-Haitien.

My first task was finding my hotel. I’d picked out a few from the guidebook that would be worth a go, but I was trying to be cheap so I headed for the Universal Hotel on the corners of Rues 17 and D. A legacy of American occupation early in the 20th century, in the centre of the city east-west streets have a number, increasing from south to North, and north-south streets have a letter, going from east to west (inland). Numbers and letters are clearly visible at mist intersections. It makes finding your way around easier. 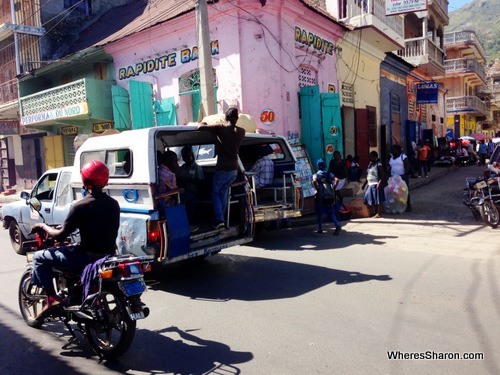 I was nervous about being on the streets, with Haiti’s reputation and all. But the centre Cap-Haitien is no Port-au-Prince. There’s no slums, it’s not packed with people, and those people that were around paid little attention to me. It actually felt pretty safe. Cap-Haitien was largely unaffected by the 2010 earthquake and seems a reasonably orderly place.

My route to the hotel took me past a couple of UN compounds, including a large one for a Nepalese contingent; whose decorations in Nepalese contrasted oddly with all the advertising in Creole French. I’d pass by a couple of others when heading to Milot as well. Was this why things seemed so orderly? Even though they seemed everywhere, I saw few UN soldiers who did anything but drive in vehicles, so what influence they actually had (aside from a visual reminder) I couldn’t say.

I found the hotel but I was told they had few rooms. The rooms they did have were very expensive, especially for the price. $50 US a night for a very basic room seemed way too much so I planned on going elsewhere, but I wasn’t sure where.

A solution presented itself in the form of PK. Another tourist, PK had run out of money and was trying to get a refund on his accommodation, but without luck. He proposed to me that we share the room (and the sole double bed) for a night, with me paying a supplement to the hotel, and then paying him for the night he didn’t want. It worked out to 2200 goudes, about $45 US for two nights, which was much better than having to find something else. So despite being a bit reserved about sharing a bed I decided to go with it.

We went to the room (where nothing much worked, but at least it had A/C and a fan), introduced ourselves and then decided to go get some food. I needed to exchange some pesos for goudes, and outside of the hotel was the place to go for money changers. I got a much worse rate than at the border but I couldn’t be bothered trying to find a better one.

Drinks and dinner in Cap-Haitien

I paid PK his money, which he used to pay a guide he had hired. It seems that the guide considered himself hired for the whole day and wanted to come with us, so we invited him to come for a drink. We asked him where to go, and he took us to a small supermarket on the Boulevard du Mer called Lakay’s where we could buy drinks and then sit at the tables, overlooking the sea, out the front while drinking them. It was a pretty fancy supermarket with lots of imported goods, and a few UN staff pulled up in massive white UN land rovers to do some shopping while we were there. 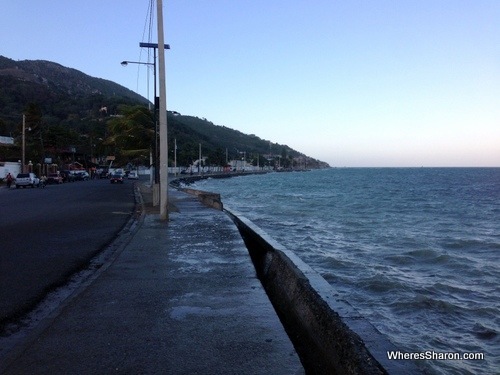 We sat and chatted while drinking a few beers and watching the sun go down.  It was a scenic spot. The Boulevard du Mer runs along the sea, with a sea wall making it like Santo Domingo’s Malecon. The sea wall isn’t very high and the wind blew spray over the wall regularly.

After finishing our beers we headed for some dinner at at cheap cafe that PK’s guide recommended. It was near closing time, and they didn’t have much food left but we bought some Creole bouillabaisse and some vegetable thing and shared them between us. They were very nice, and native Haitian food seemed a lot tastier than Dominican.

It was well and truly dark by the time we finished our food. Even though it was dark the streets seemed safe. People even seemed friendly. There wasn’t much open but there were still quite a few people around, and we even bumped into the money changer who’d given me such a bad rate earlier. He’d had a few of Haiti’s own strong beer, Prestige, and was in a very good mood.

Given I planned on visiting the Citadel the next day we went to bed early, and settled into making sharing a small bed as less awkward as possible.

You can also read about my journey to Haiti from the Dominican Republic.

What do you know about Haiti?

The hunt for a Santo Domingo Lavanderia! 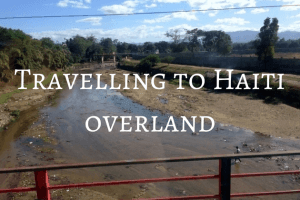 Ever since booking our tickets to the Dominican Republic, we had been discussing whether to visit Haiti or not. Sharon...
Copyright 2013 Jupiter Premium Magazine Theme
Back to top