Should I visit Cabarete or Las Terrenas in the Dominican Republic?

This was the questions I asked myself when I was booking our trip to the Dominican Republic.  Both Las Terrenas and Cabarete sounded like great places to visit.

We knew we wanted a beach town where we would relax for a few weeks and these seemed like the obvious choices.  Really, the only reason I picked Cabarete was because I found a great holiday rental deal. 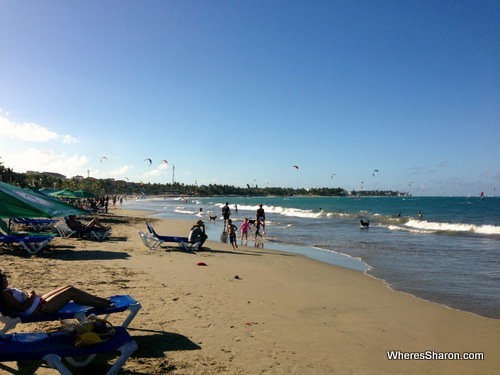 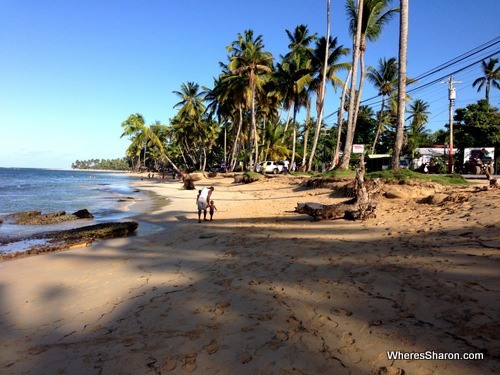 Both places were talked up everywhere.  When I talked to my host in Santo Domingo about it, he said either option is good and basically that I couldn’t go wrong with either choice.  I would have to agree!  They are both lovely places, and it’s great staying in both.

I thought I would draw up a list of the similarities and differences between both places, either to help anyone else who wants to choose one, or so that you can learn more about both beach towns.  Here it is!

Similarities between Cabarete and Las Terrenas 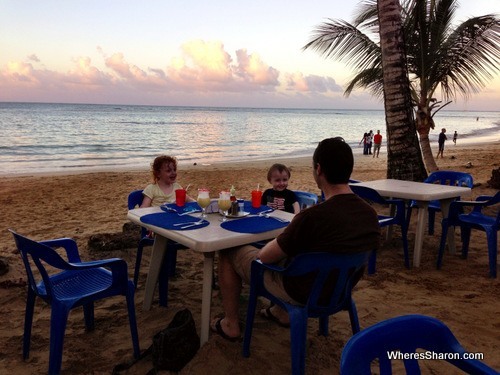 Eating by the beach in Las Terrenas

Differences between Cabarete and Las Terrenas

I think the accommodation in Las Terrenas is more expensive, but the food is a bit cheaper.  It is definitely cheaper to be able to sit by the beach and have a drink or a snack in Las Terrenas.  However, it is not as easy to get around, so transportation seems cheaper in Cabarete. 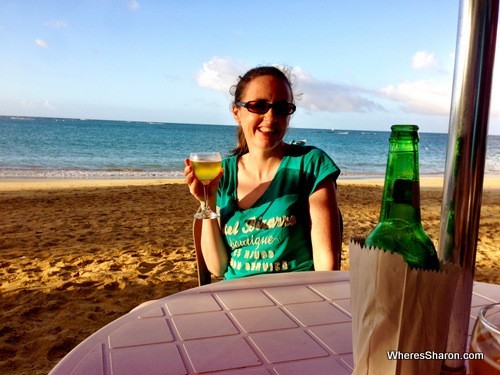 It is hard for me to recommend Las Terrenas over Cabarete simply because we have spent 3 weeks in Cabarete, and it will always have a special place in our hearts.  Otherwise, though, I think I preferred Las Terrenas.

It does depend what you are after though.  If you love to spend all day lying on the beach, then Cabarete’s wider beach may be a better match.  If you are a kite surfer, then definitely pick Cabarete.

If you want somewhere that feels a bit more low key with more locals around, but still with good food places and tourist comforts, then Las Terrenas is a better choice.

Of course, you could always be like us and visit both!  Read the details of how to travel between Cabarete and Las Terrenas.

What do you think?  Which sounds better?