Today is the day we move to Asia! 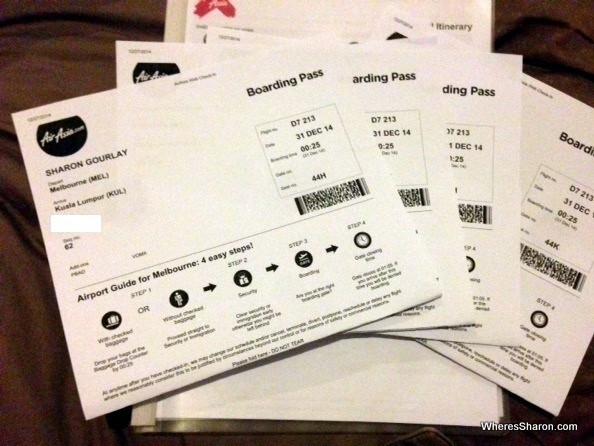 It’s been nearly 5 months since we made the big decision to leave Australia behind and chase fame and fortune in Asia. Well maybe not the fame, a better lifestyle would be more correct although does not sound nearly as fun. It is hard to believe the day has finally arrived!

Our boarding passes for tonight!

The last month has been quite draining. It has felt like there has been one thing after another to make things more difficult, especially financially. We are far behind where we wanted to be primarily because J’s work cut off his contract early when he told them he was leaving, we have not been able to sell our car and (more worrying) the tenant in our house, who has been there for the past 16 months, has stopped paying rent. The last one has been especially stressful and has been keeping me awake at night. Unless she suddenly starts paying when we are able to give her an eviction notice on Monday, then we are going to go through our savings a lot faster than we had hoped.

This means that the pressure to start supporting ourselves by earning an online income has increased massively. We have gone from a 6 month timeline to about a 3.5 month one to be self supporting. It weighs on our minds, but we are trying to push it to the side to enjoy the first couple of weeks in Asia which will be a fabulous holiday in Kuala Lumpur and Bali. We both really need a break.

We moved out of the place we were renting yesterday. It was a big task to get everything out and the house spotlessly clean (so we can get our nearly $2000 bond back), and it is a relief to have it over. We are now staying at my mum’s house until we fly out tonight. She is in Asia on holidays at the moment – we will catch up with her in Bali. 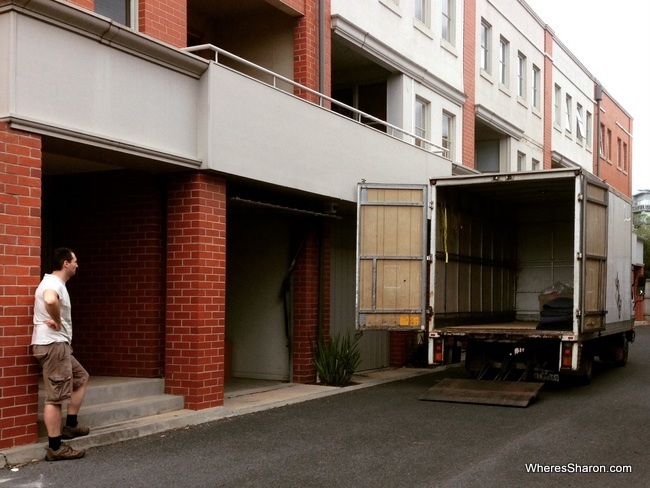 We managed to shed a lot of belongings but still have a fair bit taking up about 1/3 of my mum’s garage as well as the shed at our investment property. At least we aren’t paying for any of this so it seems worth keeping our main items.

As mentioned above, we have not been able to sell our car. I blame the time of year as it is priced very well. We could have kept lowering the price but it is already by far the cheapest one advertised for what it is, and it seems silly to lower it further when we do plan to come back at some point. We may try to sell it again in a few months time with help from my family.

The kids are excited. I am not sure how much they understand, but they are looking forward to hopping on the plane tonight and have been counting down the sleeps. Z tells everyone he is going to Malaysia (well “M’Asia”). He must not get how far away it is though as he wanted to stop by there on the way home from the park the other day. His last flight was back in January when we flew home from the USA, so he doesn’t remember flying and is excited about that too.

It is awesome now Z is a bit older and able to talk about it and show his excitement. It definitely adds to my excitement. It will be very interesting travelling with two preschoolers instead of babies and toddlers (Z is nearly 3). He is also a bit of a terror, so I am wondering if it will be harder travelling with him now than when he was younger and more needy but more compliant.

S seems to understand but then she keeps talking about the child care room she would have been in for kindergarten in 2015. I have told her many times that she will not be in that room as we will be in Malaysia and she seems to get it, but only for about five minutes. 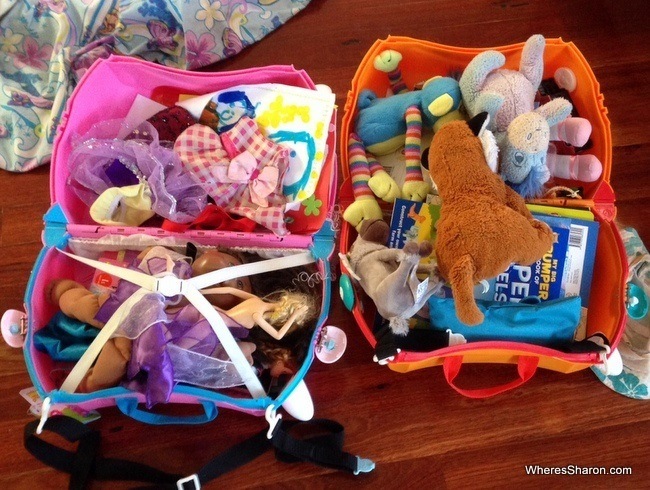 The kids packed all their most important items

They had fun packing their new awesome suitcases they got for Christmas (check it out here). They are actually ride on animals. I came downstairs from doing my own packing and found them proudly standing next to their cases saying they were packed. I had to take a photo.

Packing is soooooo much better now that the kids are a bit older and we have managed to downsize to just one suitcase. We have had to dedicate a day pack to nappies to achieve this, but that is fine. Thankfully, they are both only in night nappies now so that makes things easier. Unfortunately, I have very big children – S only just fits in the largest size here and, given the problems I had finding large nappies in Asia last year, I wanted to take enough nappies to last us until we are settled in Penang.

We are not taking a stroller, travel crib, bottles or any other baby paraphernalia though. It feels good!

Otherwise our list is similar to the one I have published previously, just with more summer clothes, less warm ones.

We fly out tonight at 1am on an 8 hour flight to Kuala Lumpur. We are flying on Air Asia which raises a few eyebrows with recent, terrible events. I am not overly worried. Stuff happens and if you want to find an excuse to not travel, there will always be one. I did, however, have a mini heart attack when I heard about the missing flight. My mum, brother and sister were flying to KL at the same time as that happened, so I was terrified until I learned which flight it was. 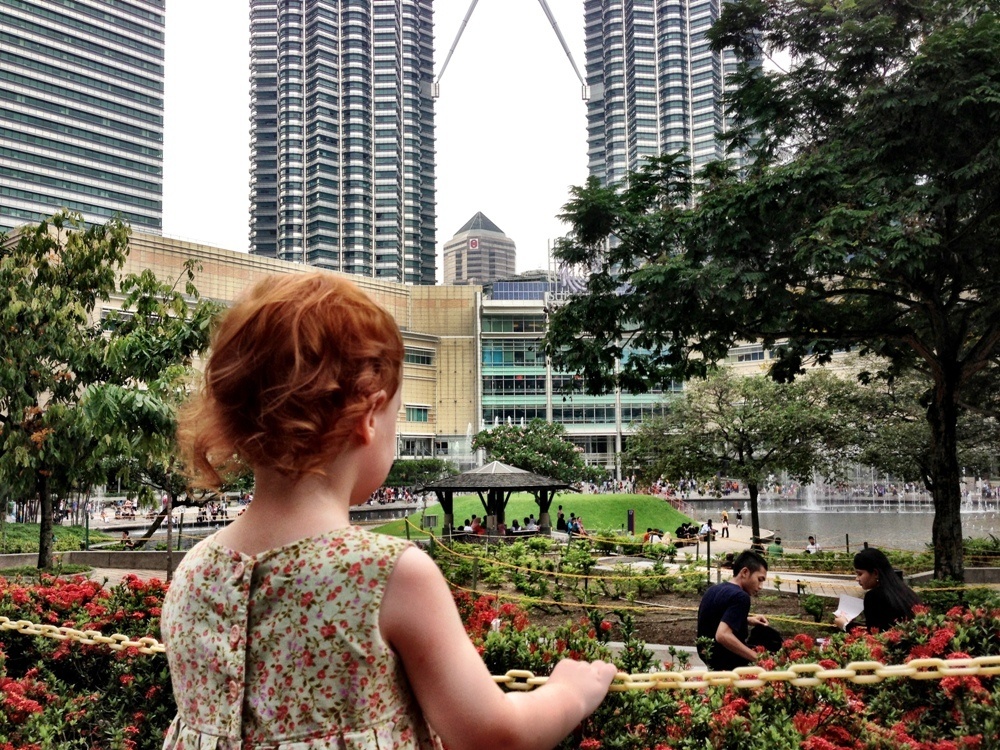 We have a great few days in KL planned staying by Petronas Towers in a cool Airbnb apartment. We will spend New Years Eve here. I read there will be fireworks nearby, but I think we will be too exhausted after the long journey there for any celebrations. I doubt I will be getting any sleep tonight!

After KL, we fly onto Bali for 12 nights. We have a great combination of destinations and accommodation arranged. We spend the first part in Nusa Dua staying at a couple of amazing resorts which we can’t wait to experience and share with you. We then have a few days in Legian at a place we stayed at years ago. The final stop is Ubud, where mum will join us, and we will stay in an Airbnb house with a private pool surrounded by rice terraces – something which has been on my bucket list for years.

The best part about Bali is that we have been twice before so this takes away a lot of the pressure we feel to do lots of new things. We look forward to exploring some new areas, like Nusa Dua, but mostly we can not wait to have a rest and a break after the craziness of the last couple of months and the massive amount of work that awaits us after our holiday.

I simply can not believe that we leave tonight on such a huge adventure. I am trying not to think about it too much as I know on my previous big trips where I have left for a year that I spent the first couple of months feeling stressed if I thought about the enormity of what I was doing.

We are spending our last day with just the four of us. Although this was not by choice, it does help keep things low key and less like what we are doing is a big deal. I am a bit nervous about the flight tonight, not because of recent Air Asia events, but because the flight is so late and we will already be exhausted by the time we board. It is also a full flight, so I know that can make everything more difficult.

However, overall I am very excited about what the next year has in store for us and I can not wait to get started!

Disclaimer: This article contains an affiliate link. If you make a purchase after clicking on this link then I will receive a tiny commission at no extra cost to you. 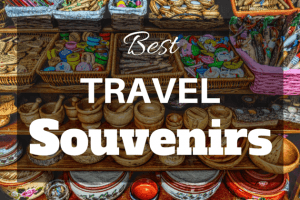 It's been an interesting week checking out all of your best travel souvenirs and reading about some of your travel adventures....
Copyright 2013 Jupiter Premium Magazine Theme
Back to top