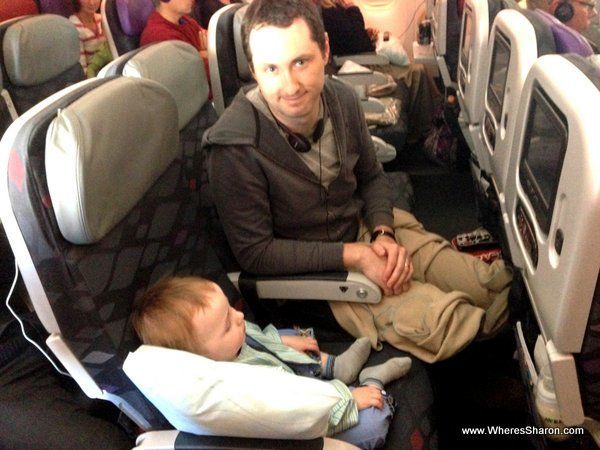 To say that I was terrified about the 15 hour flight from Melbourne to LA with a one and a three year old would be an understatement.  I was absolutely petrified that it would be the longest 15 hours of my life.

The main thing I was worried about was that our “infant” (said in quotes since at nearly 20 months old and 90th percentile for size, he is not a baby) would have to sit on our laps the whole way.  I have said since flying with S alone at 17 months old and finding it really hard, that you are crazy not to buy one year old’s a seat.  And you are.  But we really wanted to go to the USA and that extra $850 was more than we could justify or afford. Plus an extra $400 for the other flights.  Instead, we reasoned with ourselves that the flight would be long, but it wouldn’t go on forever.  It would end and we would all recover.  Plus, hopefully we would get lucky and get a free seat for him.

We bought him seats on our long haul flights to and from Asia last trip.  They only cost a hundred dollars.  The planes were never full and we managed to get extra seats for free anyway.  I was reasonably confident that we were in with a good chance of getting spare seat on our way to the US – the way home is less likely as its a busier time.  We spent hours trying to work out the best seats to reserve on the plane and what plan of attack to take to get a spare seat if the check in staff wouldn’t allocate us one.  We would give it our best shot.

Thankfully, we were successful!  The following are our experiences and tips to get a seat for your infant or extra seats for your family.  This is primarily based on our flight from Melbourne to Los Angeles on Virgin Australia but we have also taken numerous other flights with an infant.

Step one: If you can reserve seats ahead of time, be strategic about it

In my experience, planes have less people at the back.  For this reason, I always reserve seats at the back so we have more chance of nabbing available seats or having spare seats next to us.  I also reserve aisle and window seats only.  For example, for this flight, I reserved as a window and an aisle seat (and left the middle seat free) and another aisle seat.  You can always get the middle person to swap with you, but if the plane isn’t full hopefully the middle seat will remain free.  No one is going to choose a middle seat unless they have no other choice, especially a back middle seat.

We did this on our LA – Miami flight and it worked beautifully.  The plane was mostly full, but we ended up with a row of three with two seats in front of it. 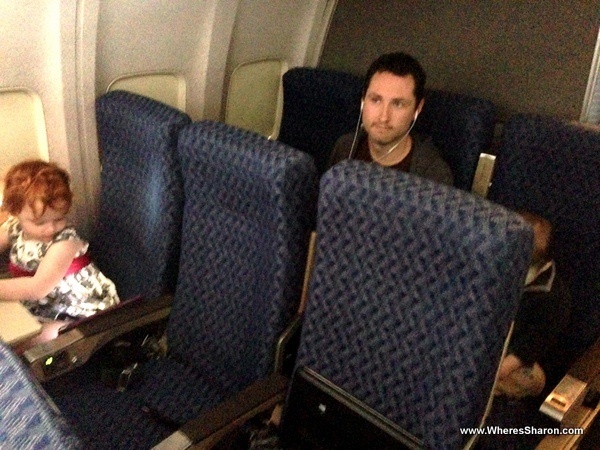 Step two: Ask for a spare seat at check in

We asked at check in on our Melbourne – LA flight, but they said it wasn’t possible.  They also said that there were plenty of free seats on the plane, so we could just move after take off and spread out…  I was annoyed that she didn’t block us a seat.  Not just that, but she didn’t seat us in the seats we had reserved.  We had the front row, which I guess means extra leg space, but it also means stowing luggage, lots of babies around us and less chance of there being free seats to claim near us.  I think she mustn’t have kids if she thinks it is easy to move around the plane trying to nab some free seats before someone else does.

Step three: Ask at the gate

If step one doesn’t work, ask at the gate.  We did this to great success.  They reserved us five seats in a row.  The plane was grouped in threes, so this was a middle three and then two next to it.  Unfortunately, they felt they had to sit us all together.  We tried saying that we didn’t mind being split in half if we got more seats, but they didn’t seem to understand that.

Step four: Assess the situation on boarding the flight and take action if required

If this still isn’t satisfactory, ask the flight attendants if they can move you on boarding or move yourself or ask someone else to move.  I tried to move with S when I saw we had someone sitting on the window seat in our row of three, but she refused to move.  There was a spare middle row of three near us, and I actually asked the young man sitting next to us if there was any chance he wanted to move to it.  I felt bad doing this, but he was more than happy to move and have the extra space.  Who would want to sit next to a three year old anyway?!

Just about every flight we take, either J or I will move with one of the kids to free seats to get more space.  This has been a very successful technique for us.  We try to be one of the last people to board, and if we see seats that look better than what we have allocated, we sit in them.

Of course, none of these tips will work if you are on a full flight.  If you are flying at a peak time, and you don’t want your infant to sit on your lap, I would recommend buying a seat for them.  Otherwise, just keep asking for extra seats.  If that doesn’t work, try to get one yourself.  I find that having extra space is the most important element to a successful flight.  Hopefully, you will have as much luck as we have had!  you can read more about our experience of the 15 hour flight from Melbourne to LA and our flight LA to Miami.

Are there any other tips you would add? 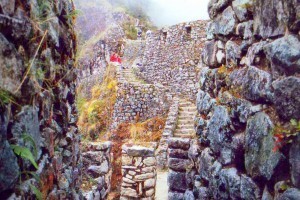 About ten years ago, I travelled to Peru as part of a bigger round the world trip. A big question on my mind before that...
Copyright 2013 Jupiter Premium Magazine Theme
Back to top