The fabulous adventure of driving from New Orleans to Atlanta

The second section of our Road Trip USA Deep South Tour was our fabulous journey from New Orleans to Atlanta.  You can also read about the drive from Miami to New Orleans and driving Atlanta to Miami.

We completed the journey from New Orleans to Atlanta over 6 days.  It is quite easy to do in this time frame with lots of awesome stops along the way.  We could have easily spent longer, and we would have if severe winter storms hadn’t prevented us going to Memphis.  We did rush a bit so we could get to the Christmas celebrations in Helen.

It was probably the best segment of our road trip – two great cities at either end and very varied attractions in between.  We visited three state capitols, the Vicksburg National Military Park as well as the Unclaimed Baggage Center, fabulous Chattanooga, the fascinating Birmingham Civil Rights Institute, a fake Bavarian town and Babyland General Hospital where we will never forget witnessing the birth of a cabbage patch kid!

We decided on a Deep South road trip wanting to see all the randomness that the US had to offer and this segment did not disappoint!  Here’s some details of our journey from New Orleans to Atlanta. 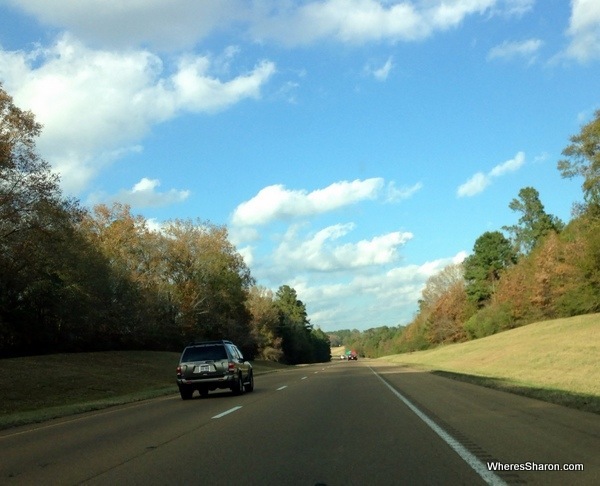 The interstate on our way from Baton Rouge to Jackson

We started this journey by taking a detour to Baton Rouge to visit the state capitol.  This was definitely worth the effort.

There were great roads until we hit the Mississippi border.  There was a noticeable decrease in the quality of the roads but they were still good.  It was a nice cruisey drive.

We made a stop at a “gas station” which had some interesting people. It felt like we were finally in the Deep South, especially when we kept seeing no guns allowed inside stickers.  There were lots of pretty trees along the way, rather than endless motels and food chains. You can read all about our time in Jackson and Vicksburg.

At 5.5 hours, this was our longest travel day! 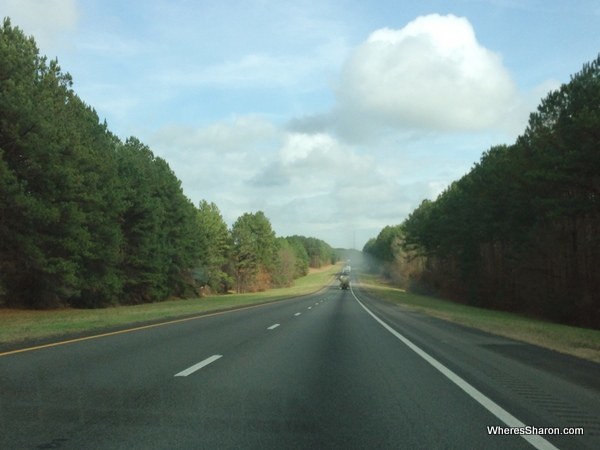 The road from Jackson to Birmingham

We travelled via Birmingham which was on the way. We were on a major interstate most of the way, but we turned off for last hour on to a more pleasant and interesting road. This was slower going, but it was nice to go through a couple of towns for a change.

We stopped at a walmart near the state border of Alabama to stock up on some things, buy S’s christmas present and for the kids to stretch legs and got to the toilet. We bought some fuel before leaving Mississippi, as we knew it was cheaper. Birmingham was easy to drive around.  For our longest travel day, it was still fairly easy and we managed to get to the Unclaimed Baggage Center in Scottsboro before it shut for the day.

We stayed at the American Best Value Inn and Suites in Scottsboro. Click here to see the latest prices.

It felt like our car had come home – it had Tennessee plates.

This was an easy one hour drive which was quite scenic. We drove past lakes, hills and trees. It was my favourite drive so far and the best leg of the journey from New Orleans to Atlanta.  We had to make one stop as our tyres needed pumping up. This was easy to do but it does cost money to do this, unlike in Australia.

The drive was also made more interesting by the fact that we went from Alabama to Tennessee to Georgia and then back to Tennessee again.  Something that was very noticeable was a million and one firework shops!  Unfortunately, the Tennessee signs kept falling at awkward places so I couldn’t get a good photo.

Things became even better when we arrived in the charming Chattanooga, one of our favourite stops on our road trip. 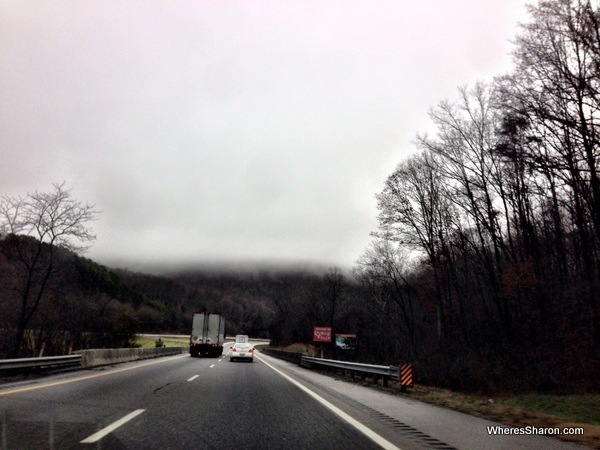 We stayed at the Ramada Chattanooga.

This is a fabulous drive.

I was excited when we set out as google maps told me we would drive through North Carolina as well. Unfortunately the GPS took us a different way.  The drive was stunning though.  We drove along the side of lakes, rivers, through big forests, up and down mountain tops.  We went on several highways including the Appalachian. We passed through small towns including the Tennessee-Georgia border in the middle of the town.  This is a great, scenic drive 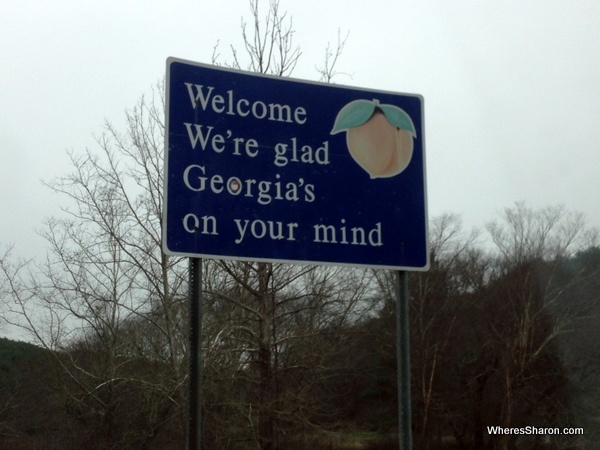 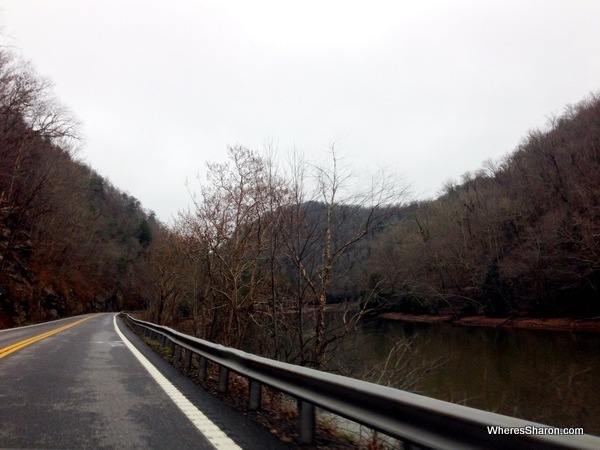 Road on the way to Helen 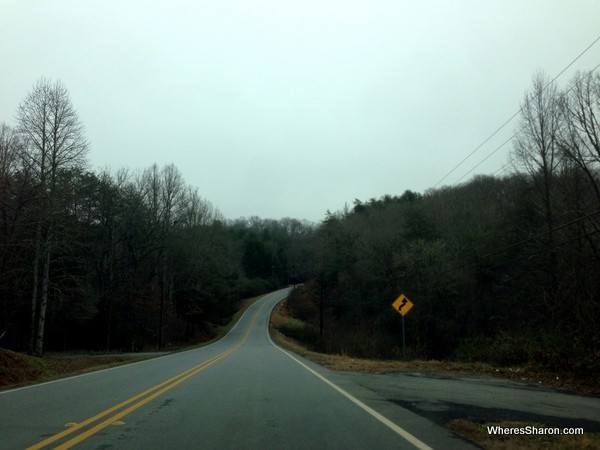 Road on the way to Helen

It was made all the better when we arrived in the cute town of Helen in the Appalachians.

We stayed at the Jameson Inn Helen. A fabulous, cheap motel with a lovely heated indoor swimming pool

The final part of our drive from New Orleans to Atlanta was a very pleasant, quick journey to Atlanta via Cleveland and the amusing Babyland General Hospital.

We didn’t other than this. The first part was on nice little highways, then we joined a big freeway into Atlanta.  The journey was not very pleasant thanks to too much arguing from the kids over S’s cabbage patch kid!

You can read about our time in Atlanta.

We stayed at the Microtel Inn & Suites by Wyndham Atlanta/Buckhead Area. Check out the latest prices here.

Like I said above, this section of our Deep South road trip was my favourite.  It was fabulous, and we saw many random attractions that were exactly the type of thing I was hoping to find in the US Deep South.

They were an action packed six days, and I was exhausted at the end of each of them, but I wouldn’t take anything back.  Like always, I wish we had had longer and time to do and see more, but I wouldn’t do our six days differently.  I really wish we could have spent more time in Chattanooga, and it is a shame that we never made it to Nashville and Memphis as planned.

Where would you stop if you were driving between New Orleans and Atlanta?