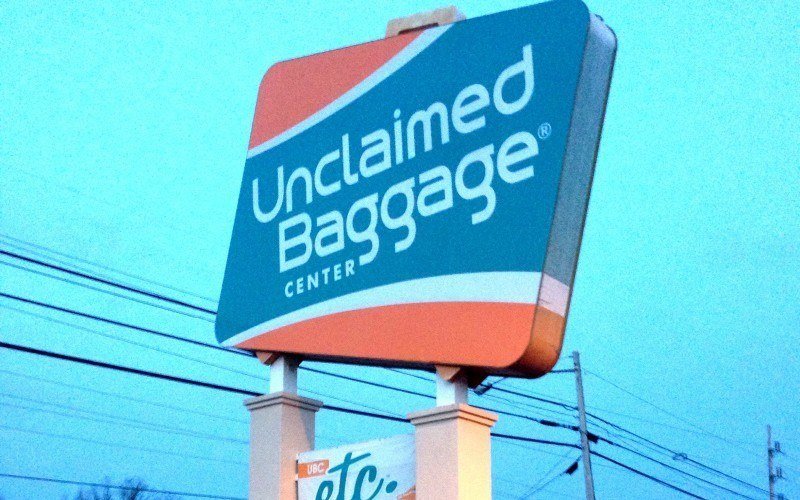 Apart from our brief journey on the gulf coast of Alabama, staying in Mobile, we only travelled through Alabama on our way from Jackson, Mississippi to Chatanooga, Tennessee on our Road Trip USA Deep South Tour.  We broke up this journey with a stop in Birmingham, Alabama and by staying the night in Scottsboro, Alabama.  Here is what we got up to in one big day!

We spent a few hours at one of the largest city in Alabama which is known as “bombingham” thanks to its civil rights violence in the past. This is nowhere near enough time but we were able to go to two popular attractions: Vulcan Park and the Birmingham Civil Rights Institute. 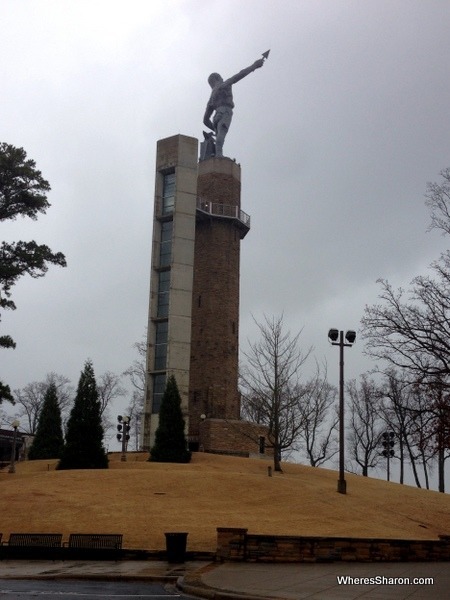 We started at Vulcan Park, as we thought it would be nice to have a picnic lunch here.  It is home to the world’s largest cast iron statue and has great views over the city.

Unfortunately, it started raining on our drive up here and we had our lunch in the car.  I did manage to brave the rain and take a few pics though!  It does look like a great spot for a picnic if you ever find yourself in Birmingham. 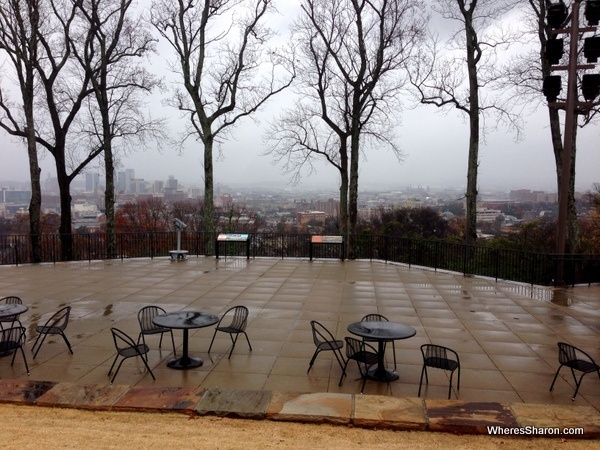 We then moved onto the one must see attraction in Birmingham – the Birmingham Civil Rights Institute.

This place paints a fascinating and terrible story of the roots of Birmingham and racial segregation in the USA with a particular focus on the Civil Rights Movement and the shocking history of Birmingham.  It finishes with racial and human rights issues that face the world today.  It is not a pretty picture, but it is a compelling one.

It is a top rate museum and I highly recommend it.  My only regret is that we had no choice but to take the kids!  They mostly behaved – there are lots of things to see in the museum and things like buses make it more interesting for them, but we did have to rush before they lost interest which means I only got to spend about 20% of the time I wanted to here.  I will definitely go back if I am ever in Birmingham again. 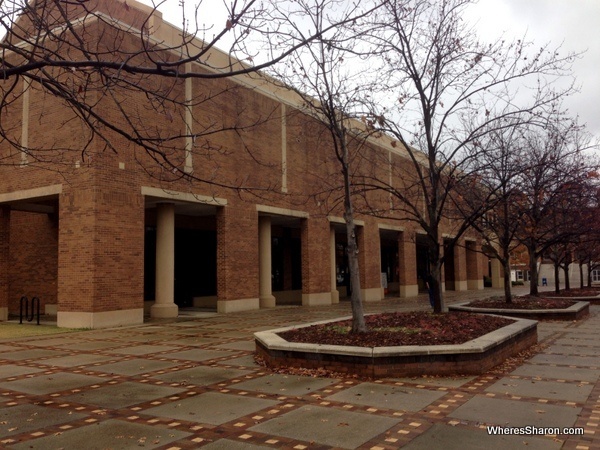 Something that I read that especially got to me was that when the city commission in Birmingham was forced to stop segregating the races in public areas, they actually voted to shut down their public parks, swimming pools, golf courses etc and to remove park benches, rather than to stop segregation.  It has to be one of the most ridiculous things I have ever read.

Opposite the institute you can also find the 16th Street Baptisit church which was a gathering place for African Americans during the 1950s and 60s.  It was also a site of a tragic bombing in 1963 orchestrated by the Ku Klux Klan which killed six children.

There is a nice playground next to the institute and a public park across the road.

Practical Informations
Birmingham Civil Rights Institute Adults $12, kids free. You can’t take photos inside.  You can also visit a museum at Volcan Park for $6 per adult.

We came to Scottsboro for one reason – to visit the Unclaimed baggage center!  We had read about this somewhere and it seemed like just the type of random attraction that we were hoping to find on our Road Trip USA Deep South Tour.

Scottsboro is located in Northern Alabama near Huntsville which is known for its space center.  It wasn’t really on our way, but it was only a couple of hours out of it and we figured we didn’t just road trip to see major destinations, so here we are!

The unclaimed baggage center sells luggage that is unclaimed from airlines and other transportation companies.  It is a big site – their website says it takes up a whole city block, which I think is an exaggeration, but it is big.  They sell so many random things – who would have thought that people travel with vacuum cleaners and microwaves?  There were also some mattresses there and apparently they once came across a chandelier!  They mostly sell clothes, books and electronics. 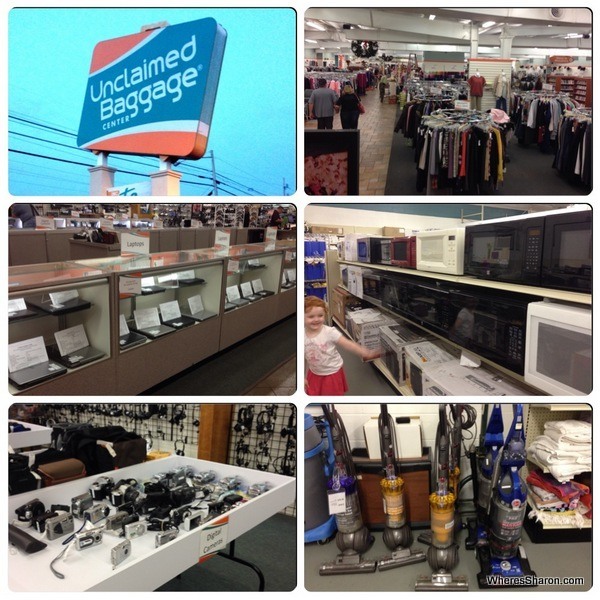 Some of the random items up for grabs

It sounded funny in theory, but I actually felt quite uneasy while we were there.  It felt wrong going through other people’s items.  Most of the stuff wasn’t cheap either.  I had expected lots of bargains, but things that I knew the price of, like iPads, weren’t much cheaper than new in a store.  Obviously, I think it would be silly to throw out unclaimed baggage, but I don’t think its right to be so blatantly profiteering either. 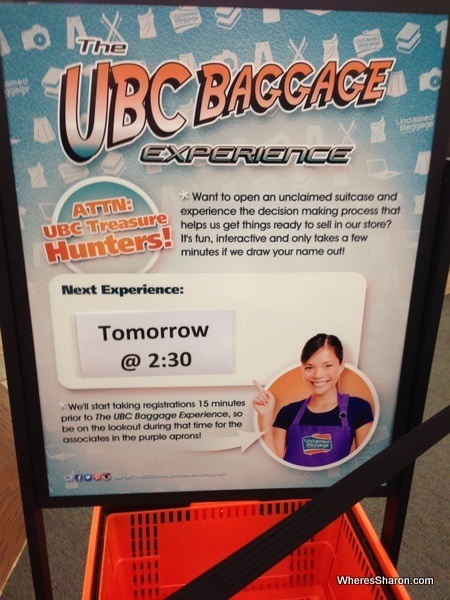 It seemed wrong to go through someone’s belongings like that.  What do you think? Am I too uptight?

Nevertheless, it is certainly a unique attraction.  Exactly the type of random place we were hoping to find on our Deep South road trip.

We spent the night in Scottsboro at the American Best Value Inn and Suites – how is that for a name?!  It was a great price at $67 for a 2 double bed room with microwave, fridge, coffee making facilities, basic toiletries, wifi and breakfast!  It was nicely furnished and the carpets had even just been steamed cleaned so no complaints from us on all of that.  It would have been nice if the laundry was operational though as that was something we really needed!  Thankfully they washed and dried the clothes for us within 2 hours for $10! 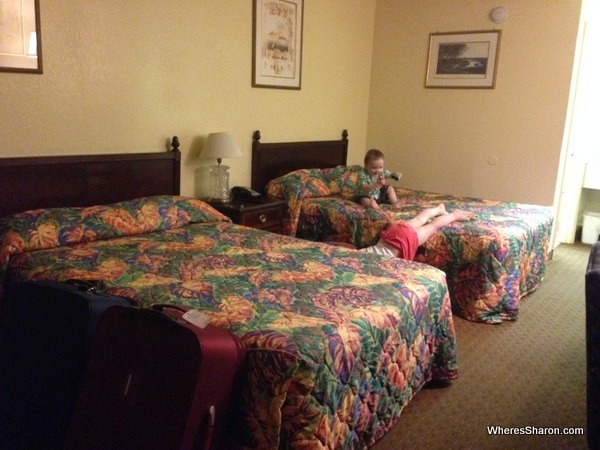 We stuck to our budget of $136 perfectly.

We had a great day.  Like I said above, I felt a bit uneasy at the unclaimed baggage center, but I am still glad we went.  The Birmingham Civil Rights Institute was outstanding.  It was great to get to see a bit more of Alabama.  A great road trip day!  Although it was a long one with about six hours driving.

What do you think of the unclaimed baggage center? A great idea or a bit wrong?

Disclaimer: This post contains an affiliate link. If you make a booking after clicking on this link then we may receive a commission at no extra cost to you. 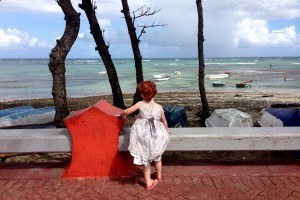 Since we have three weeks in Cabarete on the northern coast of the Dominican Republic, we decided some day trips were in order. ...
Copyright 2013 Jupiter Premium Magazine Theme
Back to top