The other day I found a blog post discussing the most unusual museums in Europe and it had me thinking – what were the most unusual attractions that I had visited? I straight away started thinking about my US road trip – watching the “birth” of a cabbage patch kid and the unclaimed baggage center. There were certainly some unusual attractions in the Deep South. Were they the strangest in the world though? I had to find out! 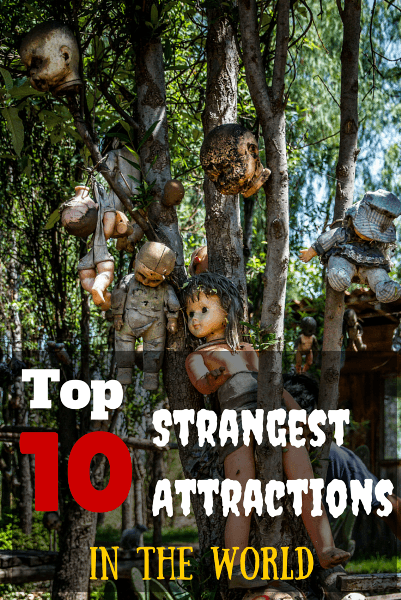 After sifting through a million sites on the internet this is what I came up with! It looks like I have a new bucket list to complete… 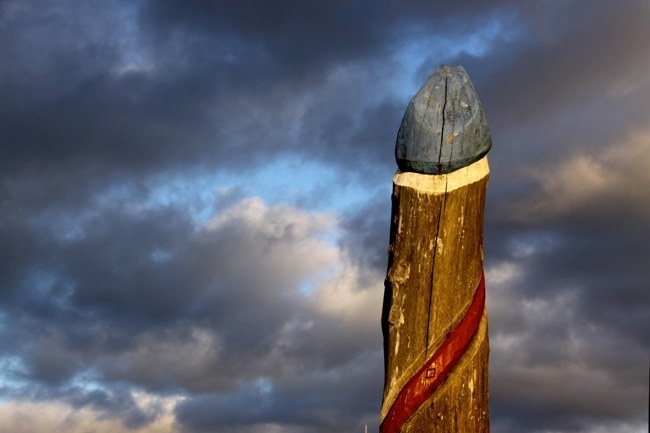 Iceland’s phallus museum is one of a kind (thankfully). It is home to over 200 phallic specimens – basically every mammal in the country. With such delights as whale penises on display, you can’t go wrong. 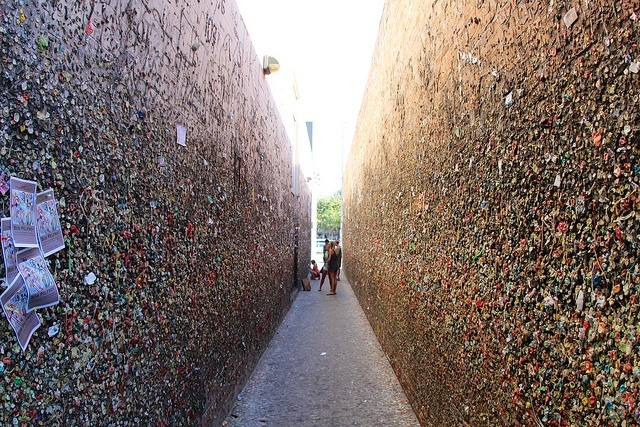 If you don’t think this is one of the world’s strangest attractions, then it is surely one of the most disgusting! In San Luis Obispo, California, you will find a 21 metre long passage way full of gum. It does make for a colourful attractions and you have the chance to add your own piece! 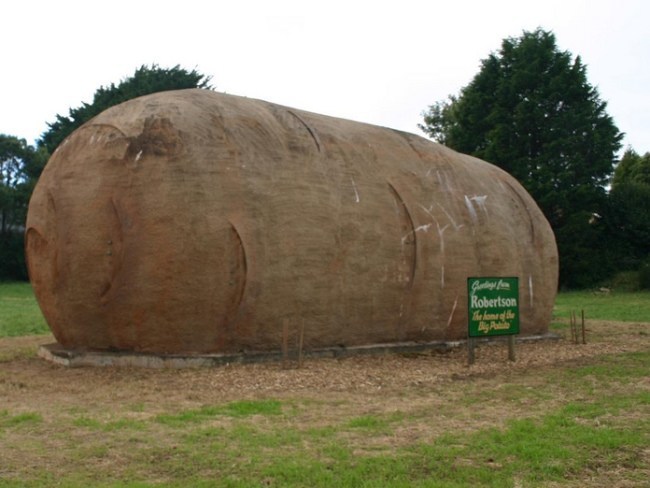 My home country of Australia loves all things big when it comes to tourist attractions – here is a rather unfortunate one. It’s technically called the Big Potato, but more commonly referred to as the “Big Poo”. Either way, you just need to head to Robertson in NSW to walk inside your first massive poo/potato. 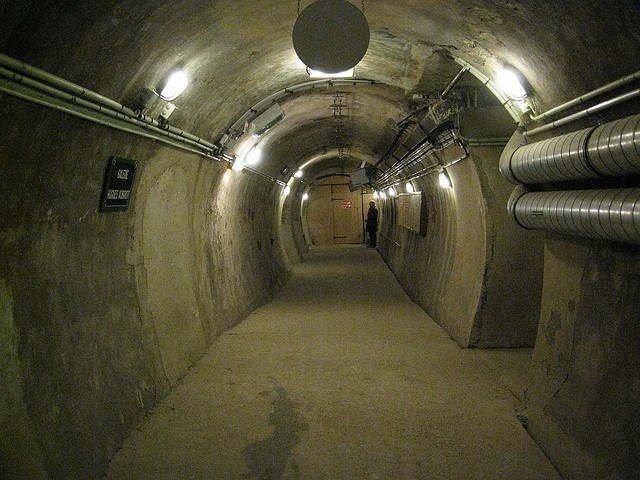 The Paris Sewer Museum is another unique attraction. This museum will take you underneath the city of love and will help you discover the significance of the sewer system. 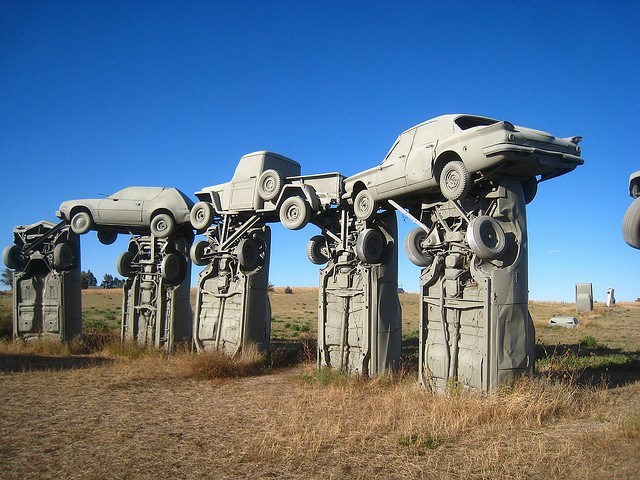 In a farm field in Nebraska, you can find this whacky car sculpture. This attraction was built in 1987 with 38 cars and actually mirrors the dimensions and formation of Stonehenge. 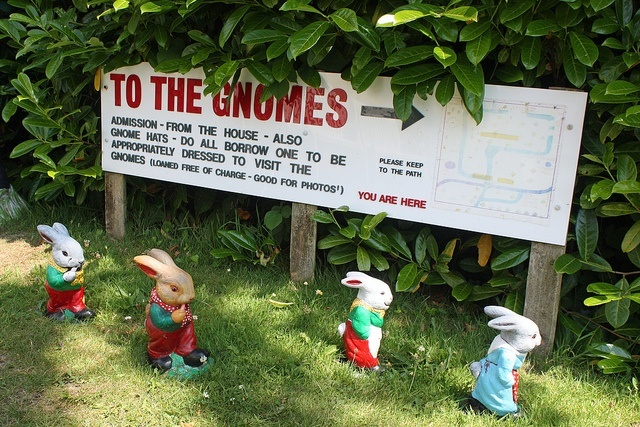 There’s maybe nothing stranger than seeing gnome fans, especially ones in gnome hats, and here you should see a few! This Gnome Reserve in England comes complete with over 1000 gnomes and pixies in their “natural habitat”. There is also a museum with antique statues. The dress code is gnome hats and fishing rods which are loaned for free. 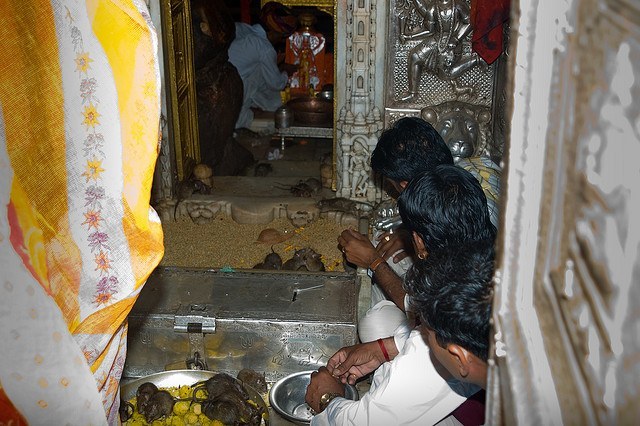 You probably don’t want to be scared of rats to visit this strange attraction. India’s Karni Mata Temple in Deshnok, also know as the temple of rats, is not being misleading with its name. The temple is named after the Goddess Karni who believed her family would be reincarnated as rats. The rats are treated as sacred. Apparently, they are also quite friendly so you have nothing to fear. 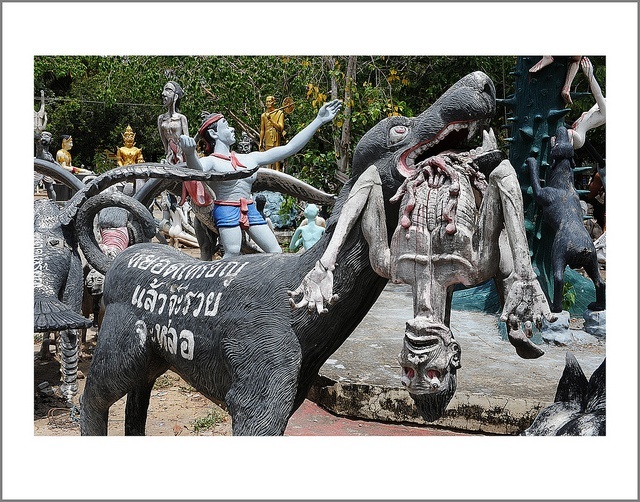 The Wang Saen Suk Hell Garden is located in Chon Buri, Thailand. Here you will find many sculptures letting you know exactaly what you can expect if you end up in hell.  There are statues of impaling, transfiguration, and disemboweling – it might be time to stop sinning! 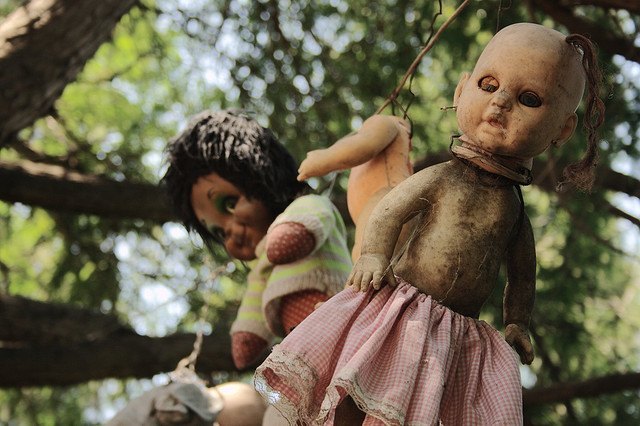 This creepy island in Mexico is full of hundreds of hanging dolls in various states of disrepair. Many are missing limbs or are decapitated and they make for a seriously eery island. Legend has it that a girl downed here many years ago and that her soul now inhabits the dolls. Witnesses claim to have seen the dolls moving and hear them whispering. 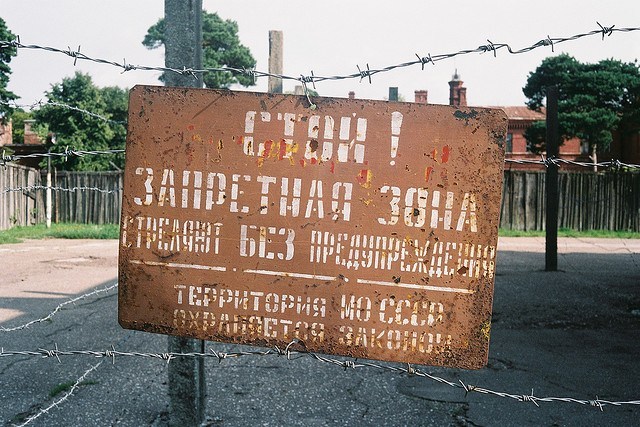 This Latvian “hotel” has actually been on my bucket list since I discovered it. Karosta Prison surely offers one of the strangest experiences in the world. This prison museum not only offers tours but the opportunity to stay overnight – be warned that if you do, you will be treated as a prisoner. Guests can expect to be interrogated, insulted, punished if you misbehave and to be fed and housed like a prisoner.

There you have it! My list of the 10 strangest attractions in the world! What would you add to the list?