Penang airport was easy to navigate and we were soon in a taxi on our way into Georgetown.  It felt good to be somewhere a bit more populated.  I was ready for a city after beach places.  We checked into our hotel no problems and were very happy with the room.  I had been worried it might be a bit small after reading reviews on tripadvisor, but it wasn’t.  It was probably the best room we have had and very good value as it is also a great location, and we have some good views from out 16th floor window. 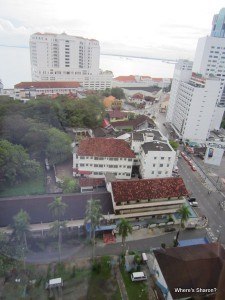 S was exhausted so her and Josh had a nap while I went exploring.  I have been to Georgetown before, in 2005, not long after the Boxing Day Tsunami.  I had been quite disappointed by it then as I had come here because I had heard what a lively interesting place it was.  I had found a very dead and dull place.  I had thought maybe this was because of the tsunami, even though Penang had only been minimally affected.  My second impression, on this walk, was no different.  I walked through what was meant to be the main streets in their massive Chinatown (very big Chinese population in Penang), and it was mostly shut up and devoid of people.  The streets looked pretty enough and like they might be more interesting if more people were around.

For dinner that night we headed to a nearby food market (Red Gardens).  It was great, stacks of hawker stands, music and lots of people. This place did have a lively atmosphere.  Even better was that it was dirt cheap with lots of dishes for RM4 (about $1.25).  We went for a bit of a walk afterwards thinking maybe everything would be as alive as it was around the food market, but apart from the street outside our hotel, it really wasn’t. 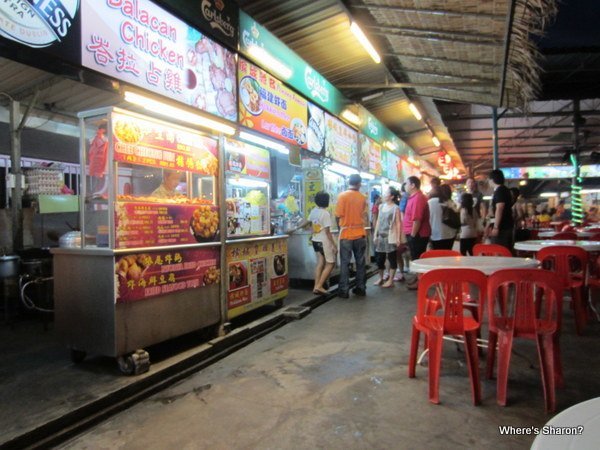 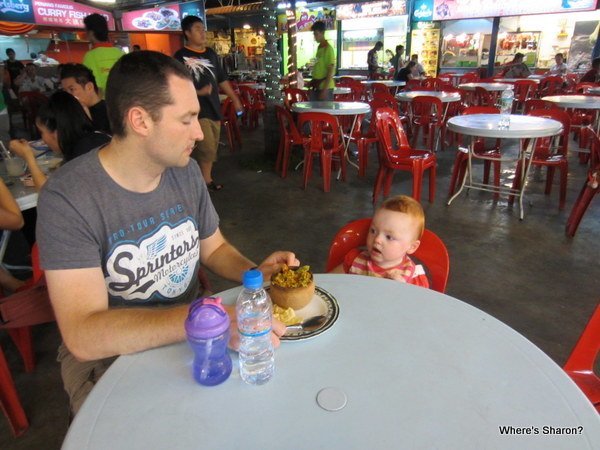 Saturday was our one full day in Penang and the last day of our holiday.  We had some areas of Georgetown we wanted to walk around – Colonial District, Little India and Chinatown.  We didn’t expect to do this in one of S’s awake periods, but we did it easily in an hour which was kind of disappointing.  The colonial area was nothing special at all. we didn’t even find something we wanted to take a photo of.  We did run into a “clean green Penang” mini street festival which was totally bizarre as they had a whole lot of hotted up cars with their logos on it as the main event.  Not sure how this is keeping Penang clean and green.

Little India was far less disappointing with much nicer, pretty much pedestrian only streets, some greenery, lots of shops and quite a few people. We quite liked this area. 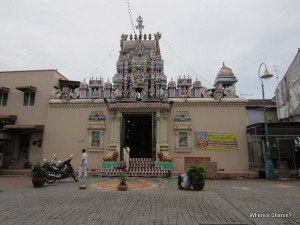 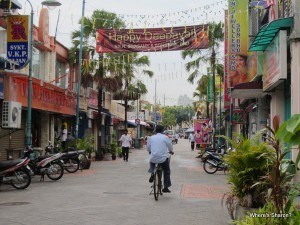 Chinatown was a bit more alive than when I had walked around it the evening before, but still far from what I would describe as lively.  We were happy to finally find a café here which was serving western style breakfasts.  I am more than happy the world over to eat local food for lunch and dinner, but I just can’t stomach that type of food for breakfast.  Give me two pieces of bread at that time any day.  S totally spat the dummy by the end of the meal though, and it was quickly back to the hotel and back to bed for her. 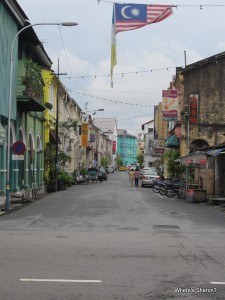 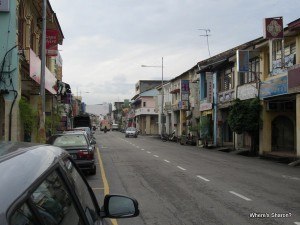 Josh celebrated the return to the hotel with a new drink we had discover in the local happy mart – a “jolly shandy”, complete with no more than 1% alcohol!!

Around lunchtime, we gave Chinatown yet another attempt to redeem itself, but it was much the same.  We ended up going to a big shopping center for lunch.  Lunch was so so but I loved what my dessert was – there was a stand selling pancakes, crepes and waffles with yummy topping for about $1 each. Yum yummy.

We got back to the hotel via a cyclo rickshaw which is a very popular means of transport here.  I always feel so terrible using these. I hate that some, usually decrepit soul, has to cycle me around. I try not to feel this way as at least they are making money.  In India (and other countries I have been), you would see them sleeping on their rickshaws in the middle of the night, so the riders have nothing and would probably starve without people paying for their services, but I still feel so bad for some reason.  Anyway we had some old guy who could barely walk properly cycle the 3.5 of us back to the hotel.  It was very slow going and not much quicker than walking and I feel terrible. He didn’t even try to inflate the price either.  On the upside, S seemed to enjoy it. 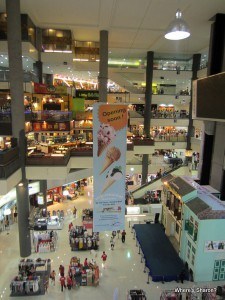 Other things S has started to enjoy is answering “no” to just about any question, with the occasional “no, no, no”.  We got one “yes” out of her, when we asked if she wanted to go home. It was horrible as she said it was such a hopeful look on her face.  It made me feel terrible. I can’t help but feel that as much as she seems to enjoy the majority of the trip, that there are very painful parts for her, mainly the journey over, and the enjoyable parts may have been just as enjoyable at a destination closer to home.  I am really happy we have come away, but I can’t help but feel that that’s a bit selfish.  On the upside, her speech and understanding has improved on this trip and she has got very good at eating with a spoon and fork, including big spoons and forks and from drinking from normal drink bottles.  Nothing like eating out every meal (so not worrying about mess) and having to use whatever cutlery we can get to help these things along.

It was a bit of downtime with a swim before having to start the packing. How depressing!  Dinner was back at the same place as the night before where I had some yummy Japanese which was probably the best meal of the trip. It was then back to the hotel to make sure that S got some sleep for our big day the next day.