What age is the best age to travel with kids? My experiences travelling with a baby and a toddler

I think this is a question many potential travelling parents ask themselves.  I know I did!  I spent quite a bit of time googling it and read many posts on this topic across many family blogs.  I came to the conclusion that every age has its pros and cons.

I thought I would add to the topic out there in cyber space by adding my own lists of pros and cons that I have experienced with my kids.

Both our kids are very big for their age – Z is 98th percentile for length and weight, and S is well above the 98th percentile for both.  This can make things more challenging as they are heavy to carry around, especially S, and it’s not really possible to carry her for long periods.  It can also add challenges with finding nappies, and with people assuming that they are a lot older than they are, so they expect more of them.

Z is a late crawler (he started while we were away), and isn’t walking which probably makes things a bit easier for us.  I should probably also add that I think S is relatively difficult for her age when it comes to tantrums (especially because of her size as our ability to physically control her is limited), and Z is quite easy going. 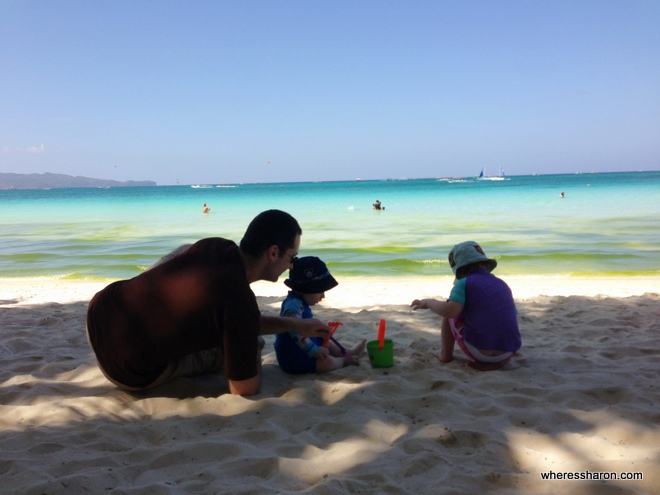 Cost
The biggest pro would be that they are free for everything, except flights in the case of the two year old.  This was good timing with S since she is nearly 3 and in most the countries we went, she would have started needing a ticket then.  We did occasionally buy bus tickets for her when we thought we needed to guarantee a seat as who wants 20kg on them for a few hours.  It also meant that we were able to use hotel rooms that were not meant to be for more than 2 adults and one child (a lot of them seem to have this rule) as they were ok with an extra baby.  We also didn’t have to purchase extra beds in hotel rooms as they are so young.  I can see that travel will get a lot pricier once they are a bit older.

No school
We don’t have to work around school holidays or keep them out of school (although it is annoying having to pay for child care we aren’t using to keep their spots).

Naps
They both need a nap.  Z often needs two.  This can be good as it gives us an excuse to relax too, but it is also quite annoying as it rules out day long activities, unless you have kids that will sleep anywhere.  It also means that you can’t fit nearly as much into your day.

Noise
They don’t have any concept of how loud they are being or using “inside” voices. 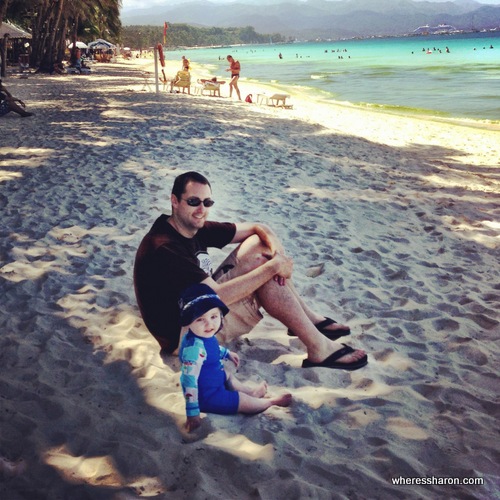 Portable
He is portable.  You can strap him on and pretty much do whatever.  He doesn’t really care what the activity is, so you can go to museums and do things that aren’t kid focused all the time.

Less fussy
He’s happy just with his parents and his sister.  He doesn’t seem to miss home, and he’s too young to complain!! If he does get upset, it doesn’t really stop us from doing things (when S gets upset, it can stop us completely in our tracks, Z can just get strapped back on, and we can keep going).

Night wake ups
He wakes at night.  Sometimes a lot.

Needs to be carried
He can’t walk and he gets heavy and hot in the carrier.

Crawler
He crawls, so cleanliness in hotel rooms is a big issue (and caused us problems in one hotel as apparently his crawling is too loud in the floor below!!! crazy).

Constantly watched
He doesnt understand what he can and can’t do so you have to watch him like a hawk.

So much baby gear
He needs so much stuff – travel cot, formula, nappies, bottles, high chair insert thinga, carrier, the list goes on.  He also gets dirty easily, so he needs a lot of clothes.  We have to carry around a lot of things for him in our day pack too.

Food
It’s not always possible to feed him the type of food that I think he should be eating at this age. It’s also impossible to make sure he only eats off a plate and not off the table/chair/ground/etc.

Read 5 reasons to travel with a baby! 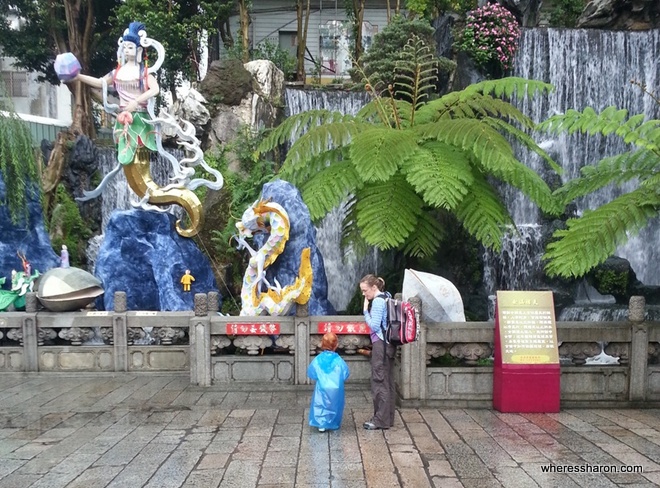 Experiencing the world through her eyes
Watching her face and sharing her joy as she has new experiences.  It is all very exciting for her which makes it exciting for us.  She can be lots of fun to travel with.

Can control her somewhat through words
She understands instructions, rewards and punishments.  She can watch the ipad and entertain herself for a reasonable length of time like on flights.

Nappies and toilet training
Nappies, especially as they are so small here.  Dealing with toilet accidents if they are newly toilet trained.

Misses her friends
I feel bad when she misses her friends at home.  She talks about her two best friends a lot and wants to get back to child care.  She loves the limited opportunity she gets to play with other kids while away.  Next time we go away, I will be more conscious of trying to make opportunities for her to play with other kids.  Although I have put this in the con list, I also imagine it is only something that would become more of a problem as they get older.

Sleep easily affected
Sleep has been affected by being away, and she wakes a fair bit at night now.

Needs a stroller
She can’t walk very far and is too heavy to carry.  We need a stroller. 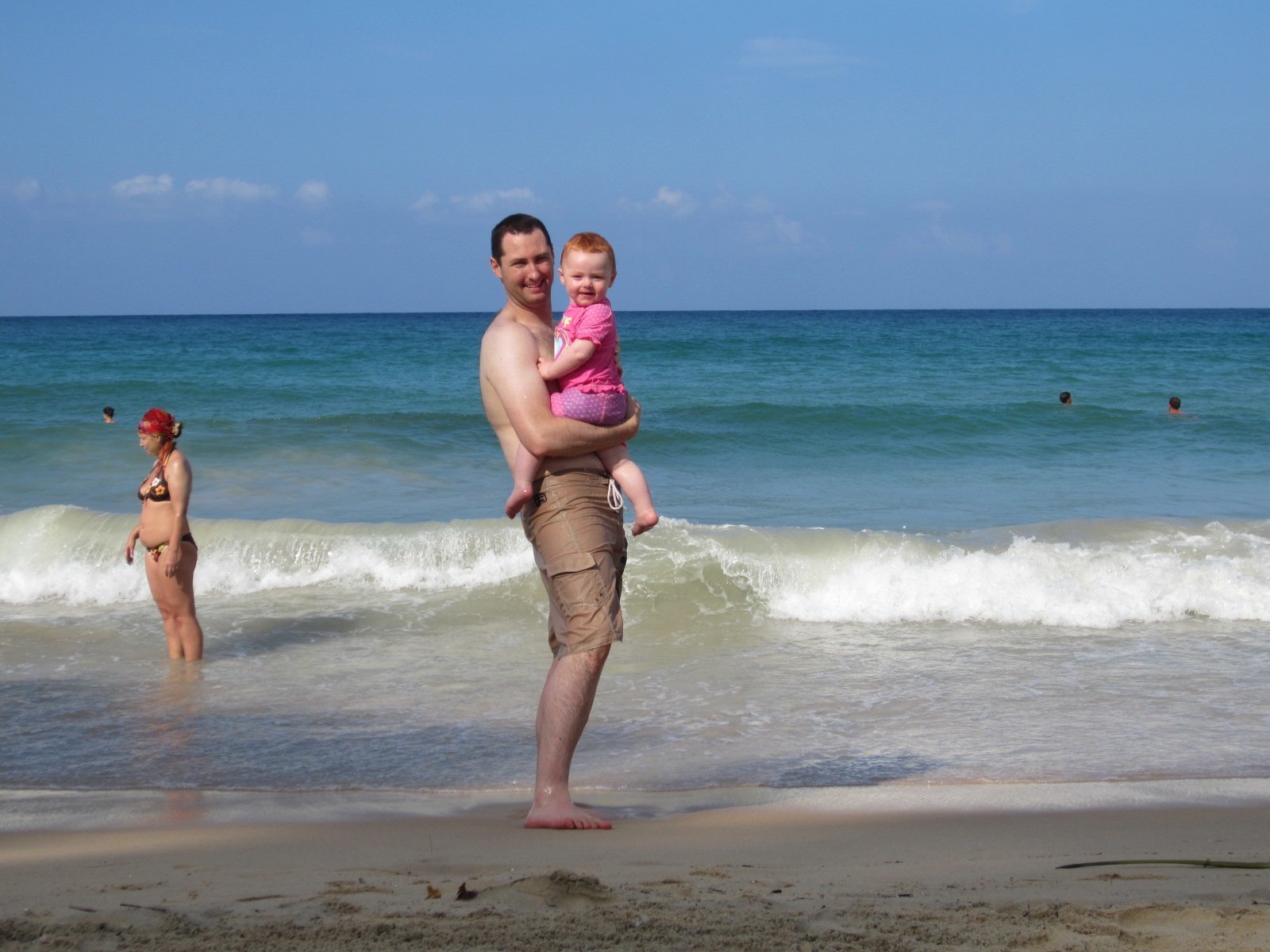 When we travelled with S at 17 months old, we actually found it harder than either of the ages our kids are now.  She pretty much had the same pros and cons as what I have above in the baby section, except that when she got upset, she was capable of throwing big tantrums that were hard to handle.  It didn’t help that she was really big for her age either.

She could walk, but she was too little to be walking on the streets of Thailand and Malaysia, so she would end up very frustrated.  She still was having bottles, but not formula.  Formula actually would have been easier (except the carrying it around), as it’s sometimes difficult to ensure you have fresh milk especially on flights.

She was able to go on our lap on planes, but she was too big to in reality. We thankfully had extra seats on our long haul flights, but they were still some of the longest eight hours of my life.  It has been so much easier flying this time, even though there are two kids now.

My feelings about babies and toddlers is the younger the baby the better, the older the toddler the better.  In between is yuck.  It would have been easier if Z wasn’t on solids yet and not crawling.

I actually think S is a good age to travel.  Her tantrums can be hard work and ensuring she is going to the toilet is painful, but the joy she is taking in the majority of the trip, and the fact that she is still pretty much free is great.  Between the two of them, I think I picked a pretty good time to travel, short of waiting a couple of years until Z is S’s current age.

Anyway, these are my thoughts!! I hope they are useful to someone 🙂