Things to do in Bacolod 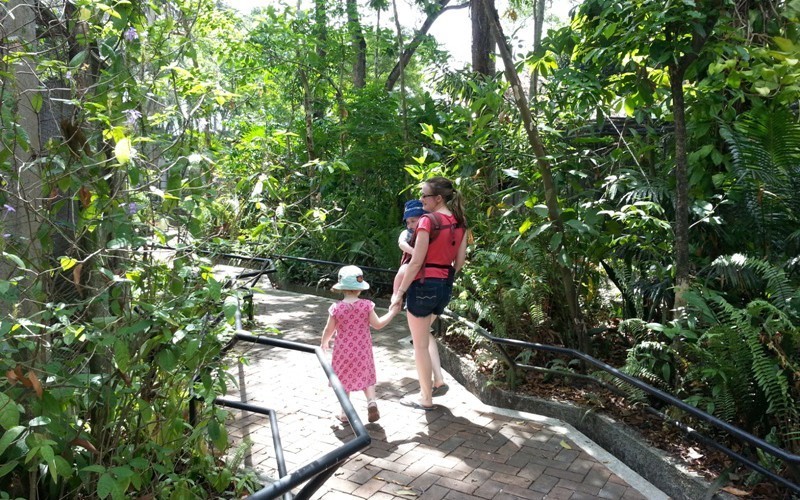 There isn’t all that much to do in Iloilo, so we thought we would take a half day trip to Bacolod on the island of Negros.  It was a good way to spend the morning. 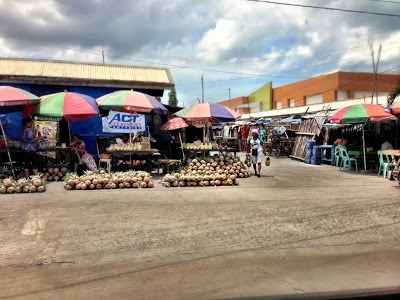 Our first impressions of Bacolod were not great.  It seemed far poorer than where we have been in Panay.  The street was lined with wooden huts, rubbish and there were some desperate looking people.  I was wondering where exactly I had taken us!! Thankfully, a couple of blocks later, it felt quite different though and reasonably pleasant.  It really did not seem like a city of half a million people, more like a tiny town!  We didn’t see much though.

There doesn’t seem to be that much to do in Bacolod either, so we headed straight to an attraction I had read about in the guide book (well after we found a taxi driver who had actually heard about it!).

Things to do in Bacolod

This is a wildlife rescue and captive breeding center that is working to preserve endangered animals in the area.  There were many enclosures with different birds, deers and pigs.  They were all endangered or in risk of becoming endangered.  There was also a leopard which had just had a baby. 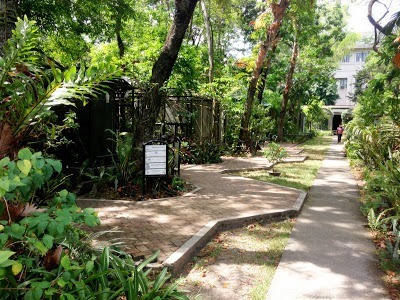 Nice pathways around the enclosures 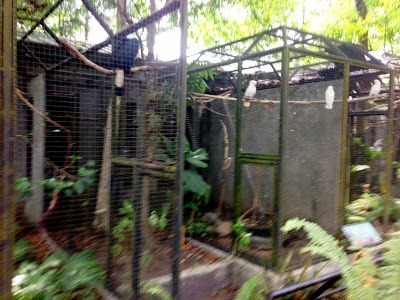 Some of the birds

It was a lovely place to visit, and a far nicer place to go than the animal attractions we visited in Thailand.  They obviously don’t get many visitors.  According to the sign in book, we were the first ones in four days!  A shame. 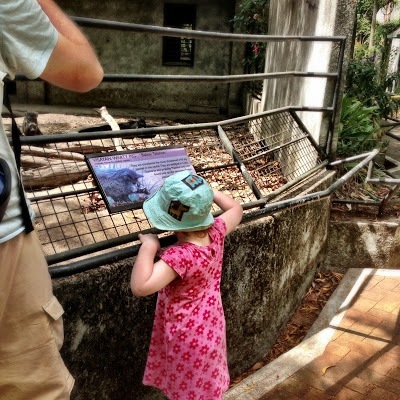 S is checking out pigs. She says they are beautiful

What else did we do?

We were lucky as there was a big, wonderful park across the road from the ecological foundation.  S got her first play on park equipment in a little while, and we enjoyed the nice park and lake. 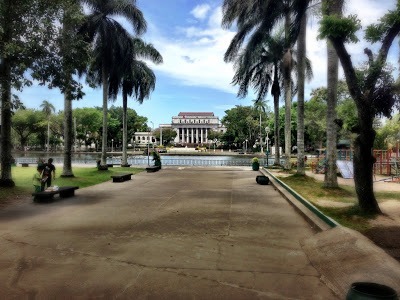 Otherwise we had a little walk around, ate and went back to the boat!! I would have liked to wander around some more (although only so I could feel like I had seen more, rather than I thought there was anything to see!!), but the kids had had enough.

There are many ferries that go between Iloilo City and Bacolod.  There are fast and slow ones.  The fast ones are twice as fast and more expensive.  We took fast ferries, and they took 1.25 – 1.5 hours.

It was pleasant and efficient.  We went one way in economy class (the cheapest) and one way in first class.  There wasn’t all that much difference.  I think there was slightly more room in first class.  The reason we upgraded was because it was difficult to see out of the windows in economy class.  A big part of the reason we did this excursion was to take S on a boat, so it seemed silly to take economy class once we realised this.  It was much nicer having the views and worth it for 100 pesos more (just under $2.50). 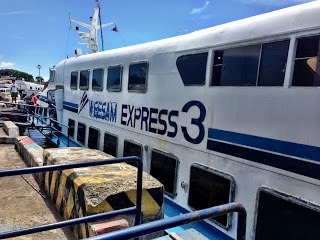 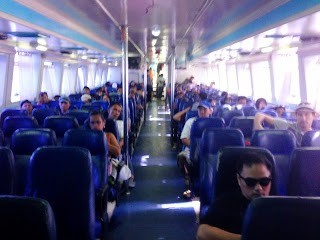 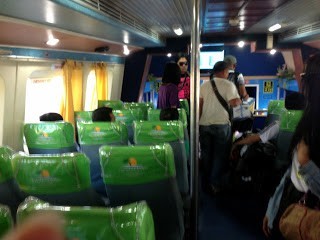 The majority of the time, we could see coastline that looked like below – rolling green hills with tiny coves lined with little shacks/huts. I had read the crossing can be quite rough, but it wasn’t anything I would call rough at all, although J and S might disagree as they felt a bit ill on the way back. 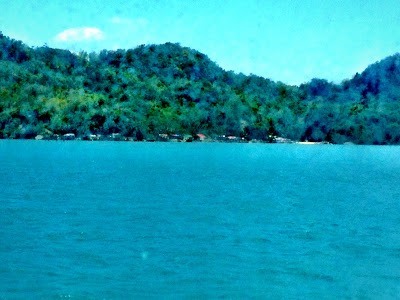 Views from sea of the island of Guimaras 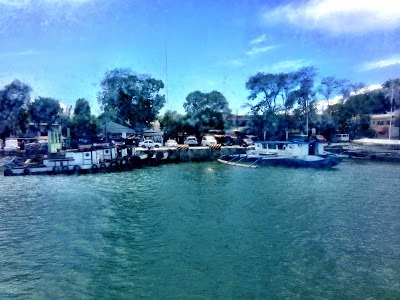 The piers were each about a kilometer from where we wanted to go/were staying, so we took taxis easily.

Practical Information
We took Weesam ferries.  It was 350 pesos for an adult in economy and 450 pesos in first class.  A return ticket is just a bit less than double the price.  Taxis were 50 – 70 pesos each.

Entry at the ecological foundation was 20 pesos for adults and 10 pesos for kids (no one would have asked for money for the kids but we paid anyway since that is barely anything, and it’s for a good cause.  We also went back into the office and paid a donation on our way out – there was absolutely no pressure whatsoever to do this though). http://www.negrosforests.org/

You can read all our best Philippines travel guides here as well as about our onward destination of Iloilo.

Awesome Seafood, Beach and Resort: Things to do in Roxas City 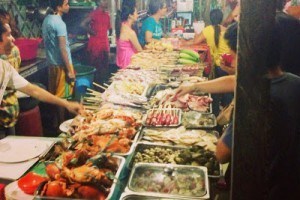 Awesome Seafood, Beach and Resort: Things to do in Roxas City

Roxas City is the self proclaimed title of "Seafood Capital of the Philippines".  Whether this is true or not, I don't know,...
Copyright 2013 Jupiter Premium Magazine Theme
Back to top