10 Things to do in Belarus with Kids

31 May, 2017
This post may contain compensated links. Find more info in my disclaimer.

Belarus is an unknown country in Eastern Europe which is perfect to visit with kids. It is very safe, green, inexpensive and not crowded.

The country is proud of its long history and traditions which is reflected in numerous museums and castles, beautiful nature protected in unique national parks, and great food served in authentic restaurants.

Below are the top 10 things to do in Belarus with kids. 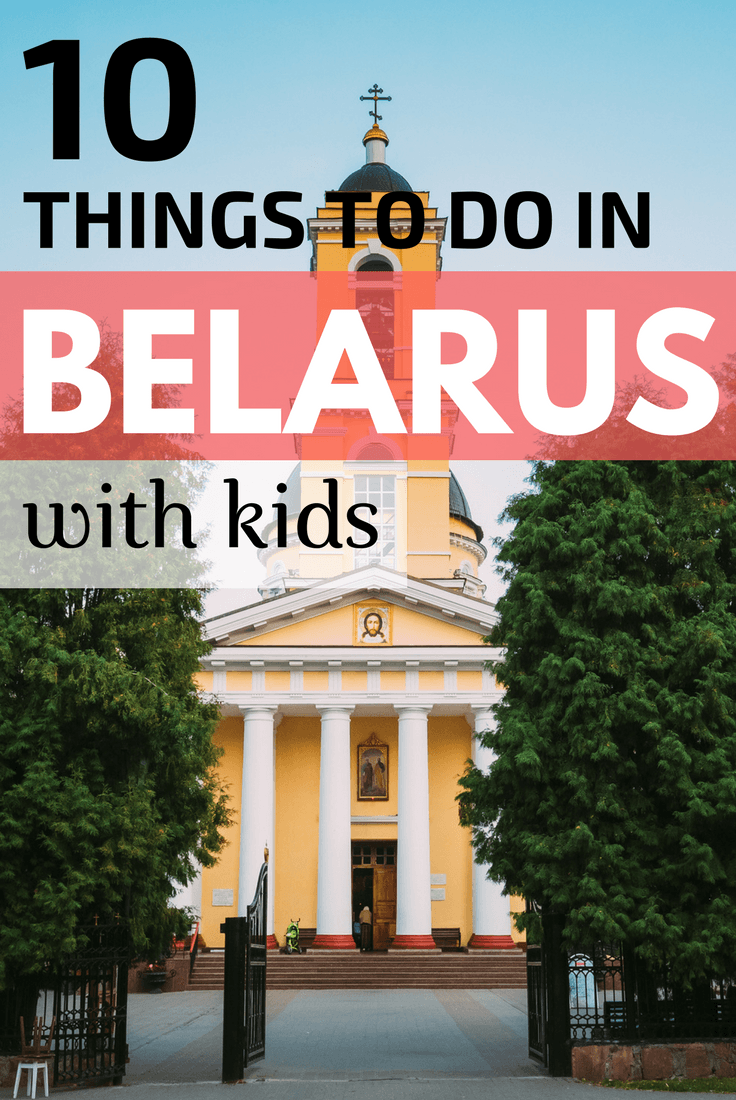 Top 10 things to do in Belaurus with kids

Riding a tank on Stalin line 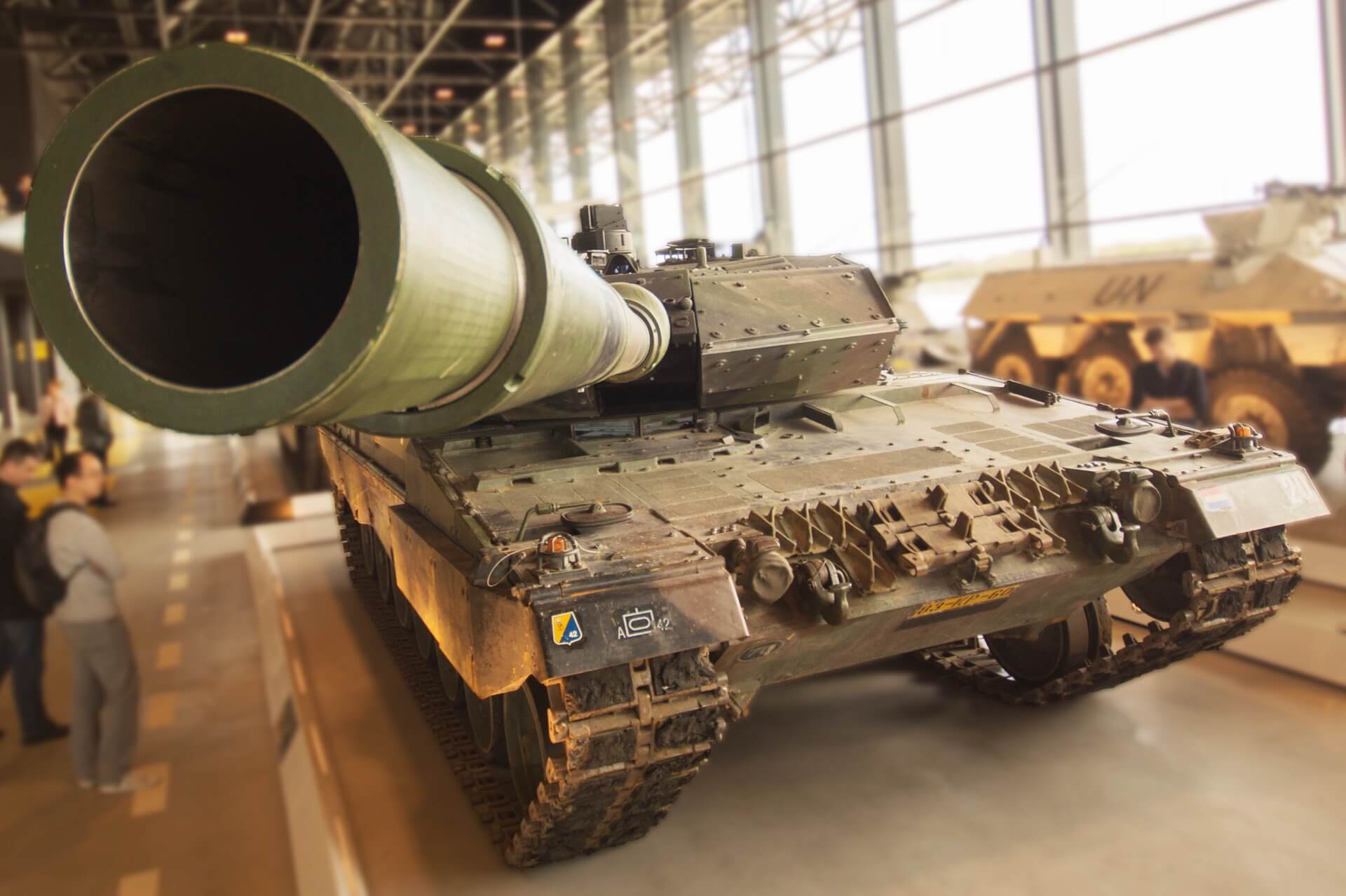 Stalin Line historical complex is one of the places to visit in Belarus with kids to learn about the country’s history. It displays a system of fortifications built for the 60th anniversary of the victory in Great Patriotic War (part of World War 2 that took place on the territory of former Soviet Union). It is situated just 30 kilometers away from the center of Minsk, the capital of Belarus. From Minsk you can get there either by car or by bus.

This place is great to observe the weapons and military vehicles used in those times and nowadays. You don’t only get to see, but also sit inside and even ride a tank!

Apart from that, there are lots of other things to do in the territory of Stalin Line. The complex is extensive. Here, you can spend a whole day with your kids.

The entrance fee is just $5 for adults and $2.50 for kids. You can read more information on Stalin Line’s website. 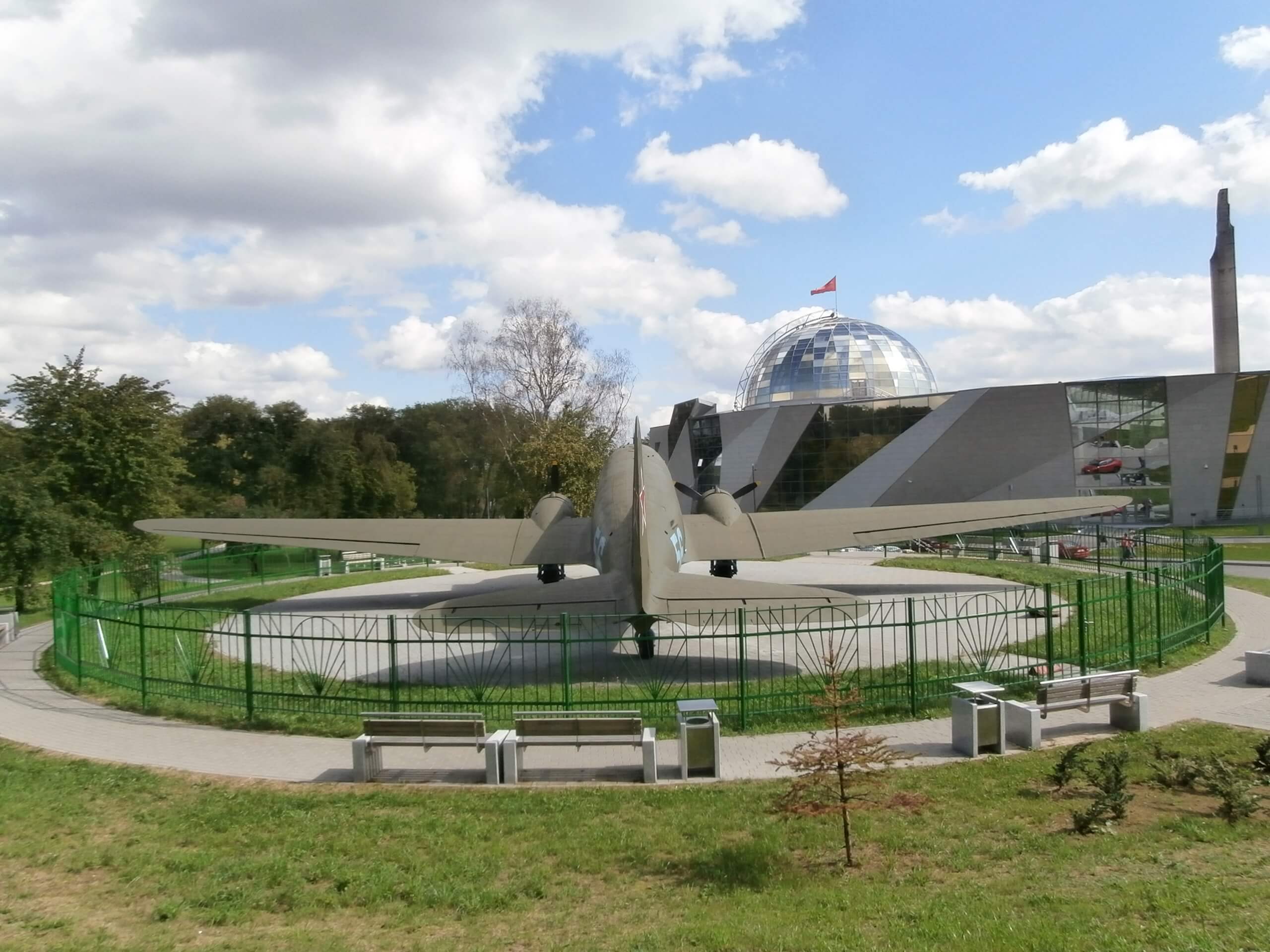 The Great Patriotic War Museum in Minsk was created as a sequence of scenes which makes the visitors feel like they’re on the front line. It is both interactive and instructive and interesting for adults and children.

The entrance to the museum costs only $4 for adults and $2 for kids. Entrance for kids under 7 years old is free.

Diving into the legends of Mir Castle 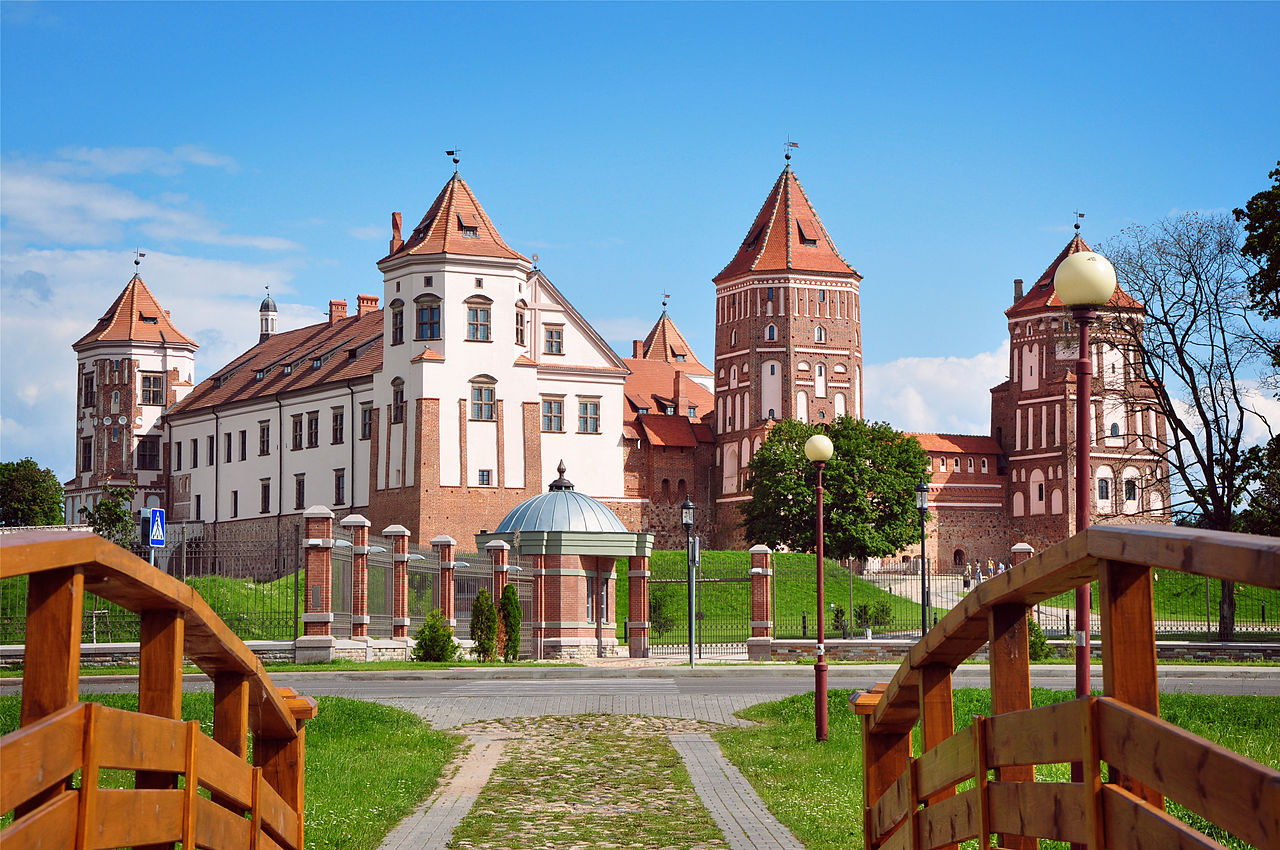 Belarus is famous for its castles and many are among the best places to visit in Belarus. Due to the central location between major nations, Belarus was crossed numerous times by foreign armies that brought destruction and death to the country. To protect the land against such invaders, Belarusians have built numerous castles.

Mir castle is one of the most famous in Belarus. Thousands of tourists visit it every year. The castle is surrounded by legends.

One of them is about the stone bull head built-in the Southern wall of the castle. The legend says that if somebody takes it out, Mir castle will fall and will never be restored again.

Another one is about the cursed garden. One of the former owners of the castle ordered to cut down the castle garden to create a pond there. It was in spring when the trees were blossoming. The locals regarded it a sin to cut a blossoming tree comparing it to ruining a young life. And, indeed, the creation of the pond was accompanied by lots of accidents that killed many people.

There are many more legends about the castle: about an underground tunnel to the Nesvizh castle, about the ghosts of the castle and the Radzivills treasure. It is better if you find it out yourself when you visit the castle.

In summer, there are also knight and music festivals organised near it. 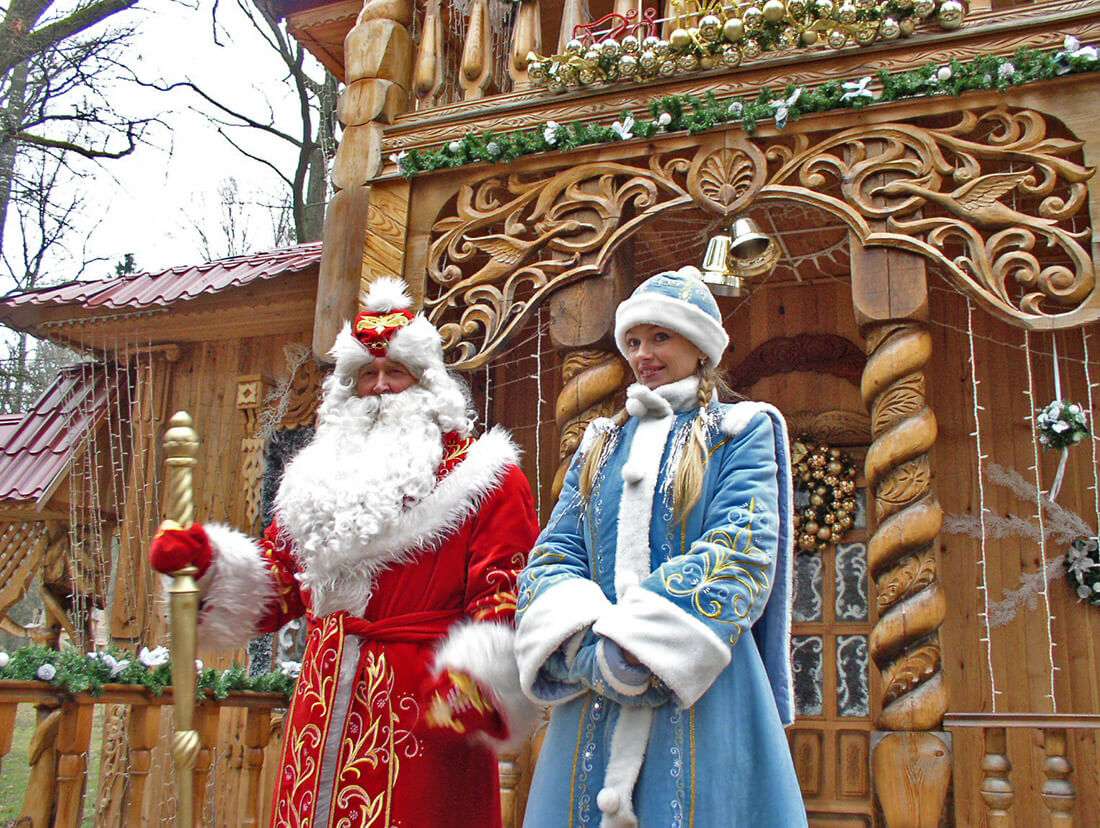 Bialowieza Forest national park is the largest and oldest forest in Europe. It is located on the Polish border of Belarus, close to city of Brest.

Bialowieza Forest is a very interesting place to visit with your kids, as it has a wide range of activities for any age. Things to do with your kids here include riding a bike on numerous bike paths, visiting local lore and nature museums, and visiting the Father Frost (Belarusian Santa Claus), who has his residence in Bialowieza Forest and is there all year round.

I recommend you stay there for several days in Brest or in the middle of the forest, in one of the hotels situated in the national park. 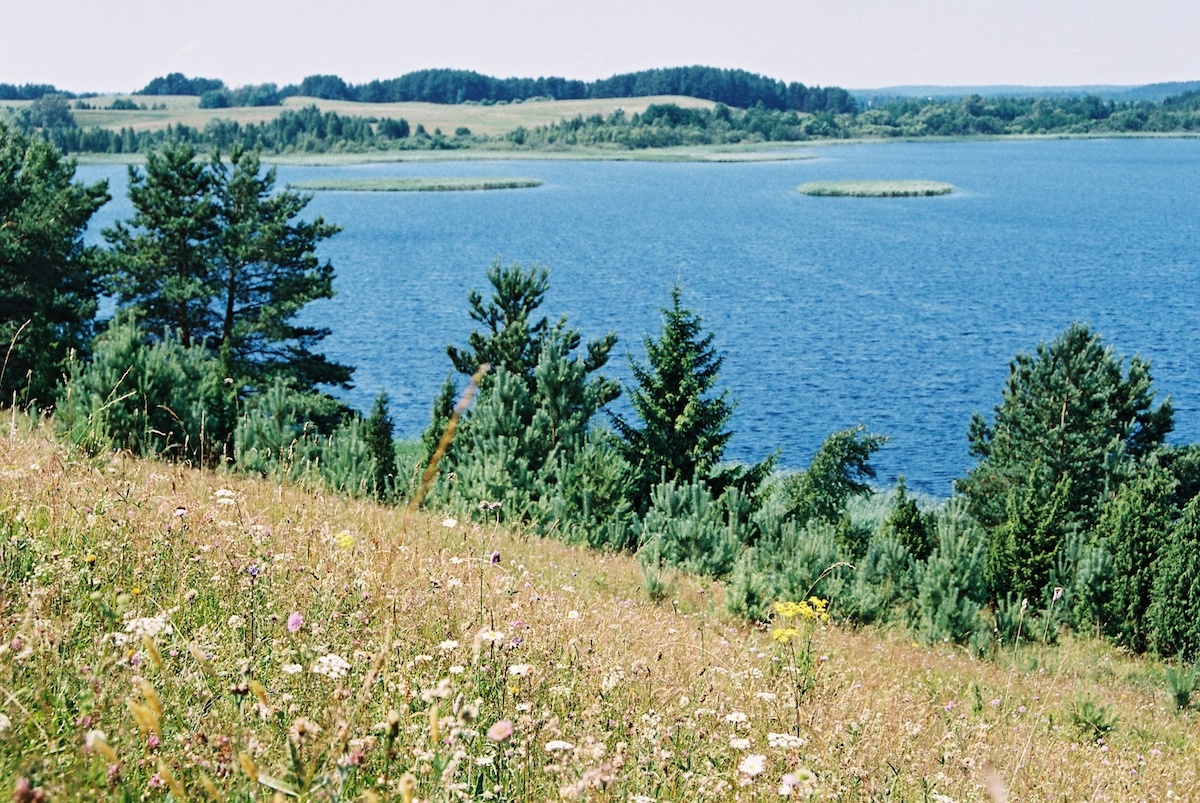 Belarus is often called “the country of lakes” because it has about 11 thousand of them. One of the most famous lake groups and a national park at the same time are the Braslav Lakes which are among the best Belarus attractions.

This place is great for spending some relaxed leisure time in nature with your family. Braslav Lakes National Park has a great infrastructure surrounding the lakes. You can rent fishing equipment and go fishing, gather mushrooms and berries in the forest and try to find some beautiful small lakes aside the tourist places in Belarus.

Discovering the life in rural Belarus before 20th century Strochitsy 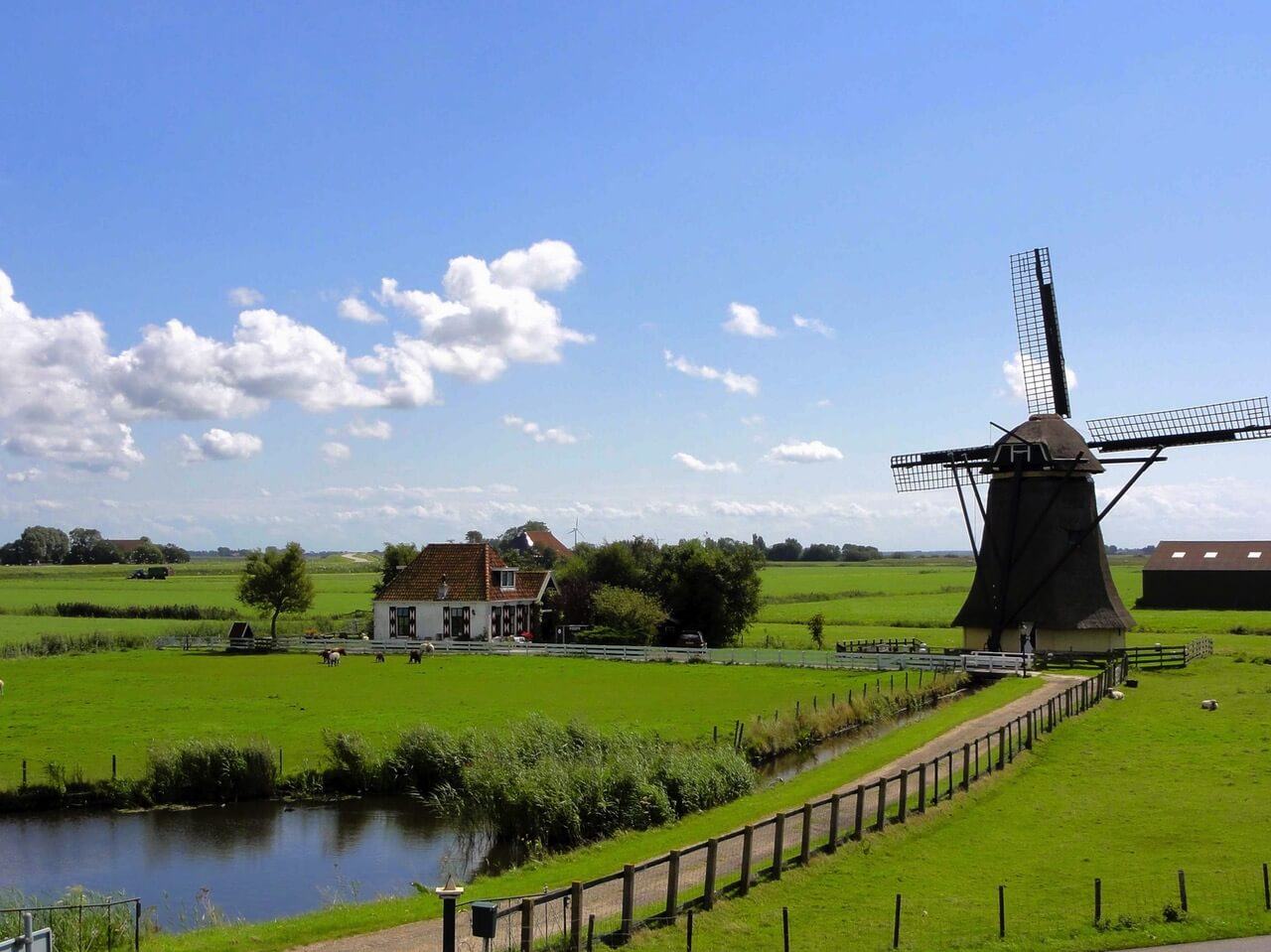 Strochitsy is a village and an outdoor folk architecture museum that represents original rural architecture of all the regions in Belarus. This scansen is situated near the Minsk ring road, so you won’t spend a lot of time getting there. The outdoor museum is a great place to spend time with your kids.

Walking along the windmills and beautiful wooden houses, you can also visit them, take some panoramic pictures from the windmill and try national cuisine in a traditional tavern.

The ticket price is just $2-3. You can view Strochitsy’s website here. 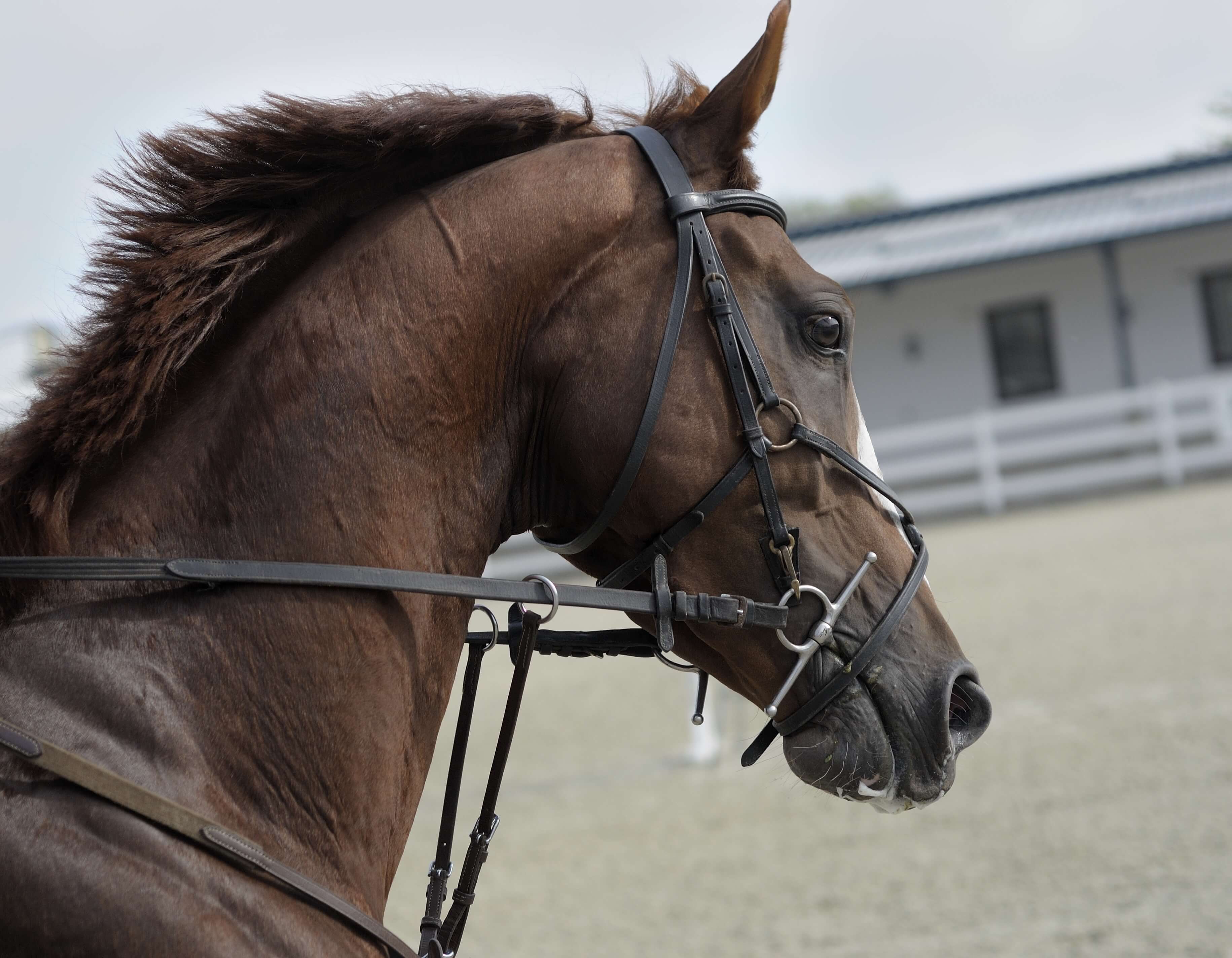 Korobchitsy agritouristic complex is a great place for a family weekend, where you can discover the Belarusian traditional crafts, ride a horse, go hunting, visit a “Guerilla camp” and even buy an animal or a bird. After all of that, you can go to the national cuisine restaurant called “Zevany castle”.

The complex is located close to the city of Grodno, one of the largest and most interesting cities in Belarus to visit.

Services from learning how to ride a horse to the riding itself cost from $4 to $12.

Strolling along the Loshitsa park alleys 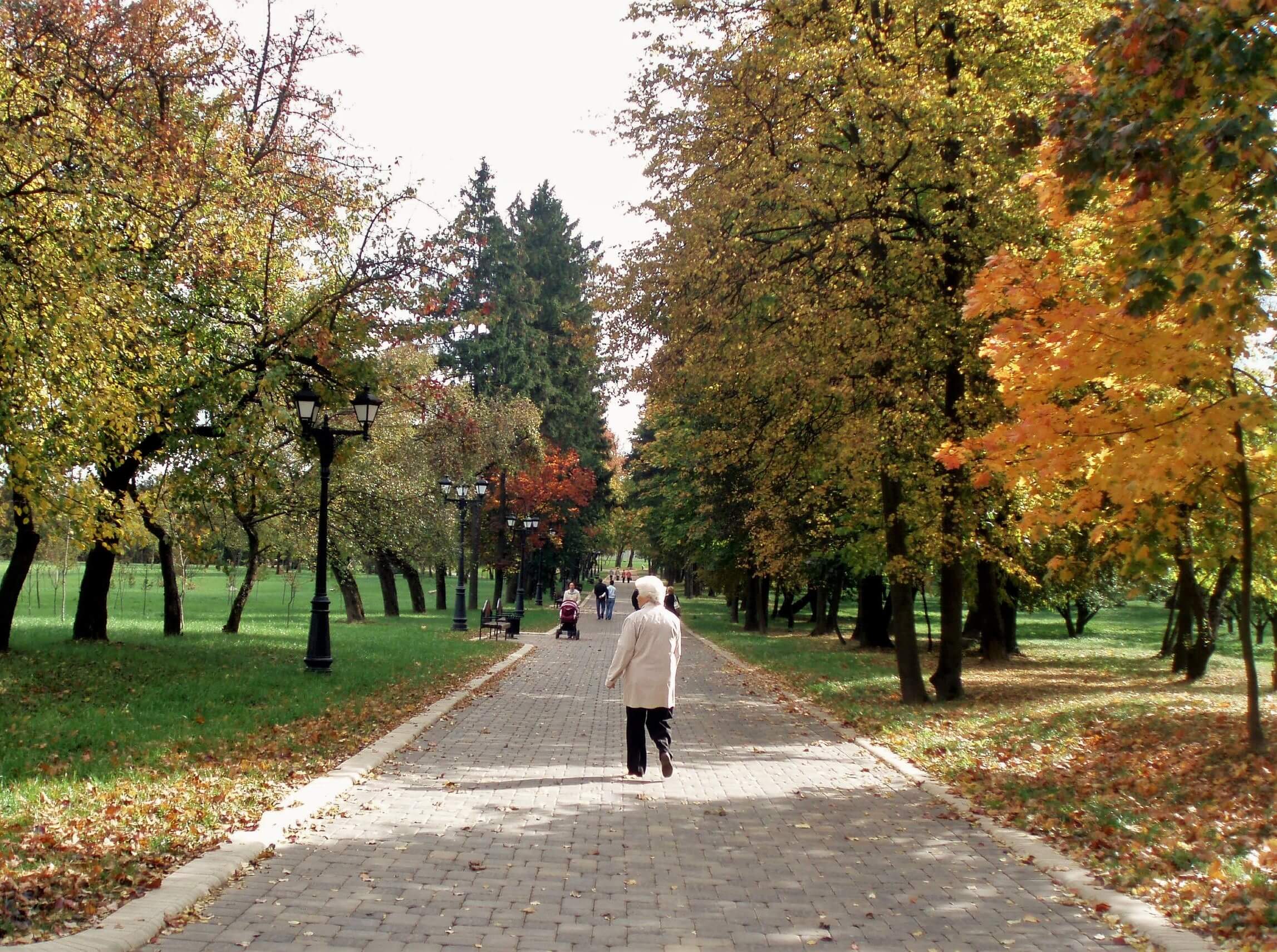 Loshitsa park is the most beautiful park in Minsk located relatively far from the city center. Loshitsa used to be a village situated near Minsk, but as the city grew, it became a part of it.

The park was recently renovated with new children’s  grounds and benches have been installed. There is also a manor situated on the territory of the park where the aristocratic family of Lyubanskys used to live.

The park is also special for its fruit trees – lots of pears, apples and other fruits grow here. Many people like to bite an apple personally plucked from a tree strolling along one of the beautiful alleys of the park. 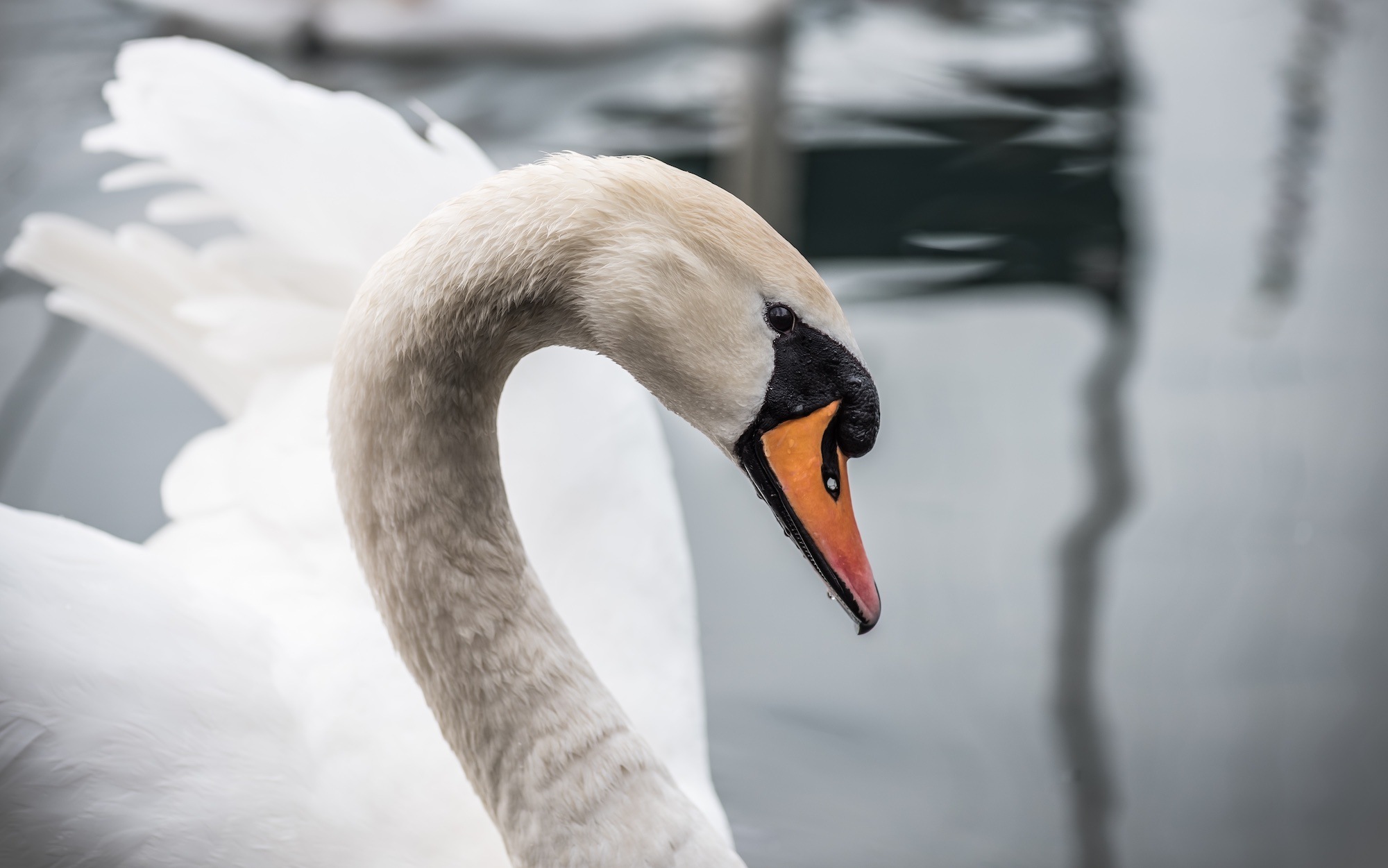 The Botanical Garden situated in Minsk is the third largest in the world after the ones in London and Madrid. After crossing the whole garden with lots of species of plants, you can see a nice lake with swans. One of the favorite things to do here with kids is to feed the swans.

You can also visit the orangery with exotic plants and animals that would not survive outside because of the cold Belarusian winters.

Entry ticket for adults costs $3, for kids $1.50, under 6 years old the Botanical Garden is free.

Belarusian cuisine is famous for its dishes with potatoes. There are over 300 of them! The most famous potato dish is “draniki”, potato pancakes made of grated potatoes and onions and served with sour cream. Other variations include mushrooms, meat, bacon and cheese.

You can try it in any of the national cuisine restaurants in Minsk. The one we recommend for tourists on a budget is Lido, while Kuhmistr and Rakovski Brovar are slightly more expensive.

This was our list of top 10 things to do in Belarus with kids. Have a great trip! You can read more about Belarus at Visit-Belarus.

You can find all of our guides to other countries in Europe here.