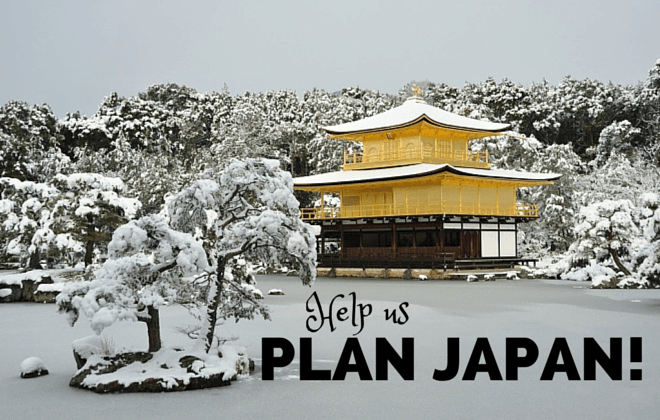 Our move to somewhere in Asia throws up lots of opportunities – Like going to other places in Asia given we are so close already. Like Japan.

I’ve wanted to visit Japan for a long time. Not for any particular reason, but just for the Japan-ness of it all. Toilets with more functionality than the original Mercury Space Shuttles? Yes please! Vending machines dispensing everything from beer to hot coffee to clean underwear? When in Rome… High quality sushi available from every convenience store (aka konbini, I am so Japanese…) for next to nix? Don’t mind if I do. Plus there’s some culture, apparently. 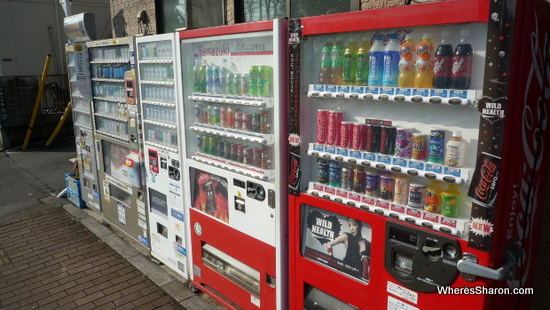 Japan: so much to do. But what should I do exactly? I’d originally thought if a trip to Japan happened we’d simply book some capsules to sleep in, pass through immigration and let Japan do the rest. Sounds like a plan! Sharon, lover of details that she is, suggested that such an approach was not a good idea. Especially if we are all to go. Why not ask the internet, she said. Sort of a wisdom of crowds thing.

So, Internet, what should I do? I’m after ideas, either for me, or the entire family. I’m not promising I’ll blindly accept your recommendations, that got this guy into a whole heap of fun, but don’t let that stop you.

For everything there is a season

Any trip to Japan is likely to happen in the first half of next year. “Whatever,” non-planning Josh thought, “Asia, good times and warm weather year round.” Unfortunately, this is not the case in Japan. Japan, of course, lies quite some distance north of the equator. Planning Josh knew that, but in the excitement no one was asking him.

This distance north has some ramifications. Namely cold temperatures and snow in some places. A real winter, not some theoretical winter like in Singapore or even Melbourne. None of this stops the toilets flushing or the vending machines serving, of course, but other than needing warmer clothes, winter actually opens up some possibilities.

I mentioned I was considering Japan to a friend of mine. He started staring off into the distance and babbling about “the powder” before coming to and saying I should go skiing in Japan. I don’t know what powder is, I don’t even ski, but listening to my friend’s vivid descriptions got me thinking.

Talking to some other people I know who ski backed up my friend’s excitement. It seems Japan is becoming more popular for people who like to ski. Apparently, Australian ski resorts are crazy expensive and the best way to beat the gouge is to buy an international airfare and spend a week or so skiing in an exotic place like Japan. Plus you get some culture thrown in for free.

S, having recently seen that Frozen movie more times than I care to count, is big on snow. She’d love the powder I’m sure. Snow men, snow balls, re-enactments from Frozen; good times. Family angle? Covered. Plus, I’ve only seen snow three times, and two of those were at Border crossings in the Andes, where I left Sharon to line up for Immigration while I ran off to play in the snow with some Chilean 10 year old.

Anyway, snow… snow could work. The idea grew on me. I could even see it in my mind’s eye. I’d crack open a hot steaming can of coffee from a vending machine at the start of a ski run, before being challenged by some high speed Shinkansen train to a race down the mountain. The winner – as  judged by the Shogun himself – would naturally get to unwind in a hot spring at some nearby onsen with a bunch of Geisha. Okay, so that’s not realistic – I don’t drink coffee. 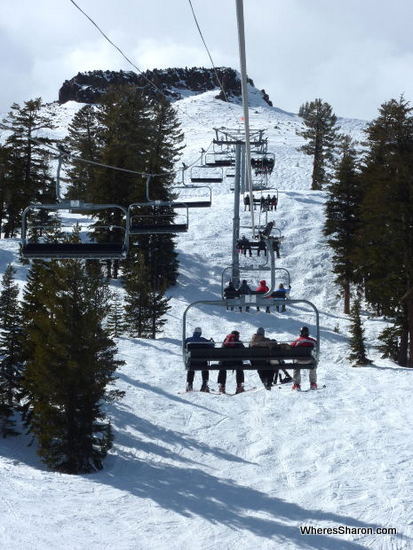 I can see the kids loving this

While non-planning Josh would love nothing better than to wing it, turning up to the snow without a plan would not be one of my better ideas. This means I’ve been doing some research on ski resorts. One place caught my eye,  the Niseko Powder Connection. Not only did it look pretty comfy, but the name seemed so Japan and powdery – just the ingredients I’d be after.

But none of us ski. Sure we could romp round in the snow and build snow men, but is there more? Turns out quite a lot, and that’s not counting just playing in the powder between trips to vending machines. There’s a whole winter adventure park nearby, full of things like snow zip lines and snow tubing. Things that sound way more exotic than their non-snow counterparts. If it involves a snow covered hill and gravity then it looks like it’s available.  Plus, there’s old school sledding.

The activities actually seem kid friendly too, more than visiting an izakaya anyway. So kids: sorted. A winter Japan trip could be on the cards. But that’s where you, the reader, come in. Done it before? Any advice? What should a first timer to the slopes look for in a ski resort?

Japan in the Spring

But what if I don’t go in the winter time? What then Japan? 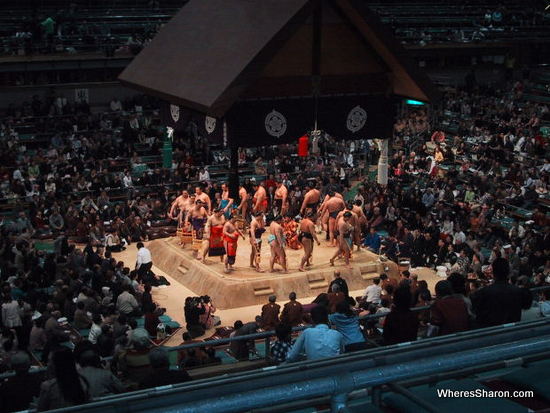 I would love to go to the sumo

Well, there’s probably too many options to cover, but one thing I was thinking of was seeing some Sumo Wrestling. For some reason, a sumo wrestling tournament was staged in Melbourne in 1997. I went and was impressed. Since then I have always wanted to see more. There’s six tournaments throughout the year and I’d like to catch one of them if I could. I don’t know if the kids would love it, but then why wouldn’t they love it?

Temples and gardens are something I thought would be interesting for me and/or the kids. We’ve visited temples in Taiwan, and it worked well with the kids. Japan has a lot of temples, many with some great history behind them. There are also some decent parks and gardens. Like I said, culture. 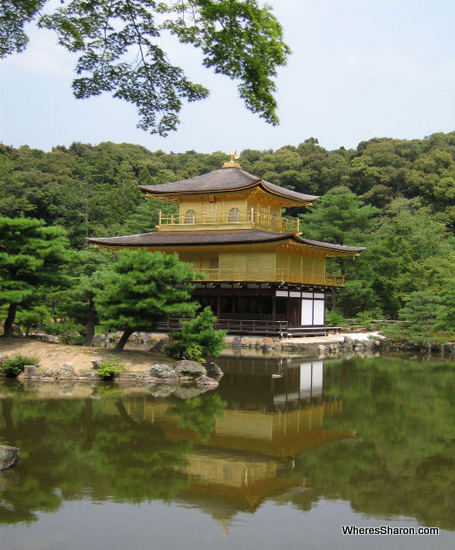 Finally, there’s the food and drink options. Sushi is a given of course, as is anything that comes out of a vending machine, be it food or drink. Plus the vast array of drink options, such as sake, Asahi, Sapporo, shochu (a type of Japanese spirit) and anything else your typical izakaya might serve up.

I also look forward to the cool sleeping options, everything from manga cafes to capsule hotels to falling asleep on the subway.

I recently came across this itinerary for 3 weeks in Japan which has given me even more options and is worth a read!

So what are some of the things I should do in Japan? Have you been with kids and if so, what worked for you? And have you been to the snow in Japan?

Top 12 Things to do in Coffs Harbour 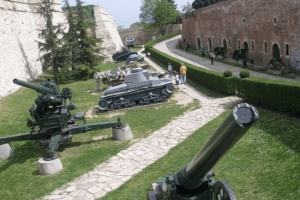 I visited Belgrade back in 2006 and was surprised by the fun, buzzing city that I found. Now, I want to return as soon as possible...
Copyright 2013 Jupiter Premium Magazine Theme
Back to top